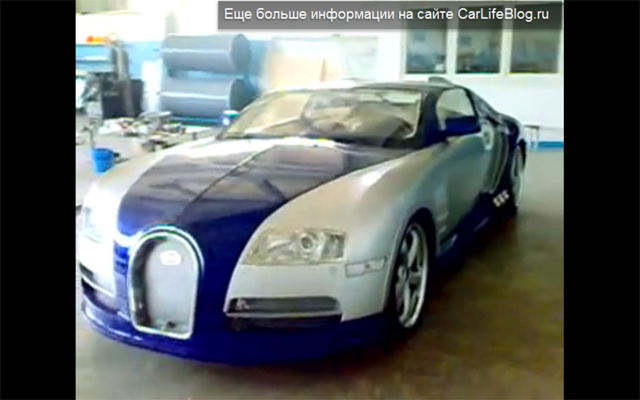 In my short time on this earth I have seen a variety of automotive replicas, some in bad taste and others were respected attempts to ‘pull-it-off’. My friend Jason at AutoGuide.com discovered a video on GT Spirit of a peculiar Bugatti Veyron replica created from a BMW 6 Series. Jason says it best in his description of this ‘creation’ below.

This car began life as was a standard BMW 6-Series coupe. But after more extensive modifications to its exterior than Heidi Montag, it’s now a little Bugatti Veyron wanna-be. And while it might pass off as just that to some folks, those who know will just shake their heads in disgust. Truth be told though, the detail and amount of work that’s put into this project is overwhelmingly respectable. For the most part the conversion is well executed, and like we said, it could pass as a Bugatti Veyron to an unsuspecting layman.

We respect the work and the concept, but would we ever be caught dead driving this thing? Um… no!