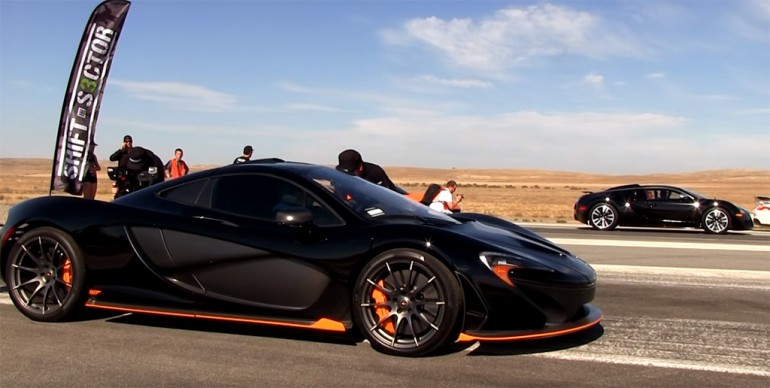 Who wouldn’t want to see the McLaren P1 drag race a Bugatti Veyron? Some will say it’s all a numbers game. Others may argue it comes down to the driver. Most will say, “wow, look at that hypercar get beat by that other hypercar, I had no idea it would win!” Say what you will, but this is quite the interesting race here. Check it out to see which one is victorious in the ultimate battle of a Bugatti Veyron against a new McLaren P1 – it’s 1001 horsepower and all-wheel-drive against 903 horsepower and rear wheel drive. Enjoy!