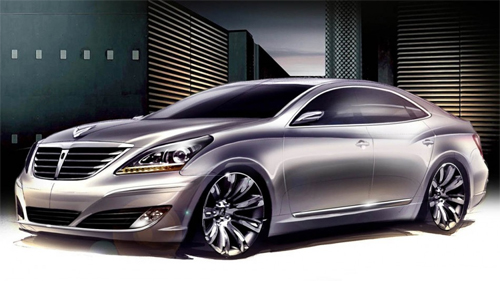 Hyundai has released sketches of what their next generation flagship sedan should look like. I saw this on some other blogs online and I could not resist posting the sketched images because I truly admire what Hyundai is doing. Many have said it could not be done by a Korean car company but they have really grasped a market here in America and abroad.

The Hyundai Equus was first made back in 1998 believe it or not and has not been changed much. It was originally developed in part with Mitsubishi and was named the Proudia in Japan although originally produced for the South Korean market. It may also be known as the Hyundai Centennial.

The Hyundai VI Equus sports rear wheel drive and is much bigger than it’s predecessors. Some believe this may be a long wheel base version of the Genesis but is thought to be a replacement for the outgoing Equus which could be slated for an American debut one day in the future.