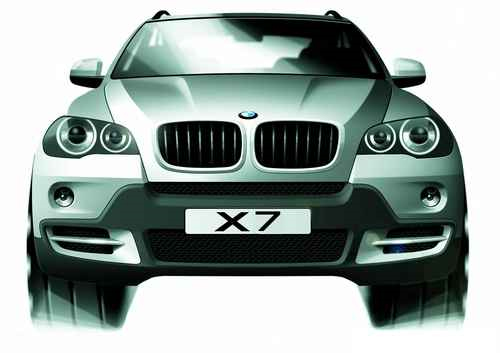 BMW previously axed the idea of building a bigger SUV which would have been the BMW X7. Recent reports to come out of the Wall Street Journal are suggestive that BMW would reconsider plans to build a large SUV sparked from the company’s outlook of the U.S. economy rebounding more quickly than some think.

This all comes out of the WSJ as world leaders gather in Seoul Korea during the economic summit with the topics revolving around “global re-balancing”. Such a ‘re-balance’ in the U.S. would mean that there is need for bigger SUVs and BMW may want to get into that game to possibly compete with the likings of the Cadillac Escalade and Infiniti QX56. After-all, if there is a market that BMW is missing out on, such as the large SUV market, then rumor has it that they want to be a part of it.

The China market has already proved to BMW that if they fill a void in the market for ‘wanted’ vehicles, then it is a win-win for everyone. This can be said for the launch of the BMW 5-Series long-wheelbase which is exclusive to the Chinese market. The same thing can happen for BMW for the U.S. market of large SUVs.

Currently this is all a rumor and nothing has been confirmed if BMW will build a larger SUV (BMW X7).