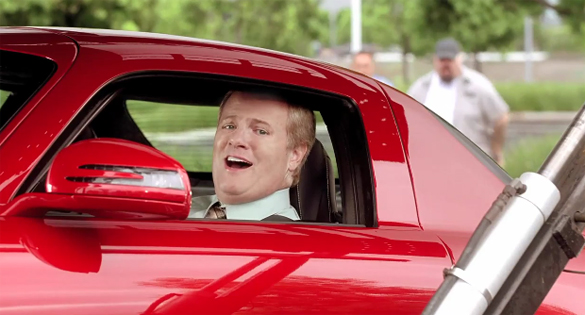 With the NEW set release date of November 24, 2010, Gran Turismo 5 begs to be the best racing simulation game ever. All of the hype and speculation around its release date over the past couple years has had everyone up in arms where some were resorting to playing Forza 3 on the Xbox 360 while hope of an actual release of GT5 faded into the background. Now with a confirmed release date, GT5 looks to be ‘awesome’ as the kid in the commercial below puts it. The GT5 commercial below is rather hilarious featuring Kevin Butler as Sony’s VP of ‘Add More Awesome’ says he is not going to give back the press fleet of cars they used for the making of the game. I don’t blame him, GT5 does look like it has plenty of awesome but we won’t know for sure until two days from now. Now if I could only afford that new 3D TV I saw in the store over the weekend so I can enjoy GT5 in full 3D HDTV bliss. Enjoy the commercial below!