Would You Buy A Chinese Manufactured Porsche? 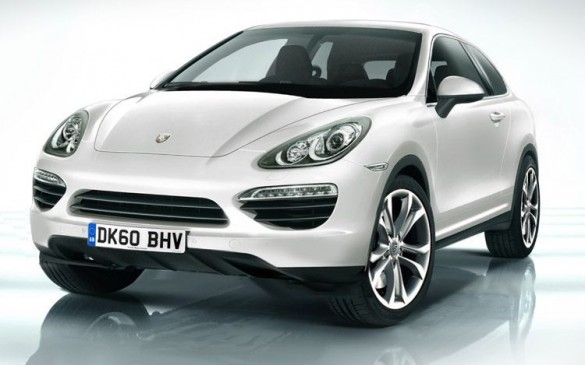 The Porsche Cajun. Do you care where it's built?

Part of the Porsche appeal has always been its made-in-Germany-by-anal-retentive-engineers mystique. One could argue that you could go equally fast for less money in a Chevy Corvette, but it wouldn’t give the precision, feel or prestige of the 911. Part of the whole 911 experience, at least for those who buy new cars, has been paying the 911 price of admission. Is it steep? Of course it is, but the car was built by German craftsmen obsessed with every detail of its construction. If Porsche CEO Matthias Muller has his way, that may not be the case much longer: Porsche is considering an assembly plant in either the U.S. (unlikely) or China (very likely).

To be fair, Porsche probably won’t farm out assembly of the 911; if Carscoop is correct, the first model to be built outside of Germany would be the upcoming Cajun compact SUV. Porsche is also said to be working on an entry-level roadster, on a platform shared with VW and Audi, so shaving production cost on a price-point built car is critical. Audi’s already using a Chinese facility to build its Q5 SUV, but I don’t think that Chinese made Q5s are imported to the U.S.. The Audi Q5 is also manufactured in Ingolstadt, Germany; Bratislava, Slovakia and Maharashtra, India.

Porsche’s Mueller sees the controversy as a non-issue. “The main thing is that the car has ‘Engineered by Porsche’ on it. Where it is produced is no longer so important,” Mueller told the German publication Focus. I’d have to disagree with that, as would most owners of VW’s built in Mexico or Brazil; when compared to their German-assembled counterparts, the Brazilian and Mexican cars seemed to have more problems and a decidedly lower build quality. Can we expect Porsches manufactured in China to be be of the same quality as Porsche’s built in Zuffenhausen or Leipzig? My gut says no.

Assuming there was no difference in cost between a Porsche built in Germany and one built in China, would you agree to buy a Chinese built Porsche? Would it matter what model? Do you think that Mueller is correct, and that customers will have no concerns where the car is built as long as it’s still designed in Germany? As for me, I’d have to say, “nein, danke” to a Porsche built outside of Germany. It may still wear the same badge, but you can’t tell me it will have the same soul.