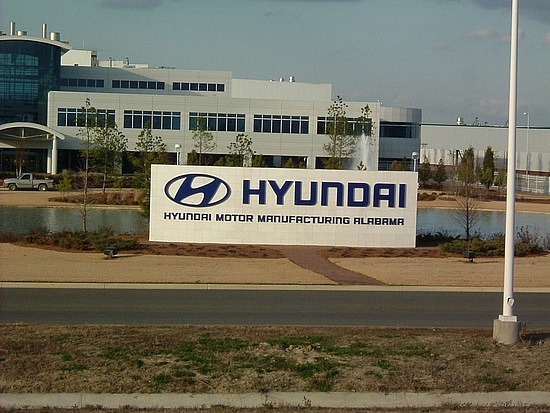 Hyundai is in an enviable position among automakers: sales of its vehicles are so good that Hyundai’s considering the possibility of building a second manufacturing plant on U.S. soil to boost capacity. Hyundai’s existing plant, in Montgomery, AL, has already farmed out production of the Santa Fe SUV to Kia, who builds in in their West Point, GA, manufacturing plant. That’s freed up Montgomery to focus on building the Sonata, but Hyundai also has serious expectations for sales of the redesigned Elantra. If sales continue to grow, even running three shifts per day in Montgomery may not be enough to satisfy customer demand for product. While lack of capacity isn’t a limiting factor today, clearly the writing is on the wall.

Hyundai’s U.S. sales grew nearly 25% in 2010, fueled by a freshened mix of product and a growing base of loyal supporters. It’s entirely likely that their sales will grow in 2011 as well, with the only real question being, “by how much?” That said, funding construction of a new manufacturing plant is a major risk, unless you’re absolutely certain that you can sustain the momentum of sales growth that you’re currently experiencing. Hyundai executives aren’t going to rush into any decisions, and will take the remainder of this year to compile the information necessary to make a go / no go decision on a new plant. A formal decision isn’t expected until some time in 2012, but I suspect that Hyundai can move very quickly is the right answer is “build”. If sales continue to grow at 25% annually, the company won’t have much of a choice but to expand manufacturing in the U.S., but that’s a good problem to have.