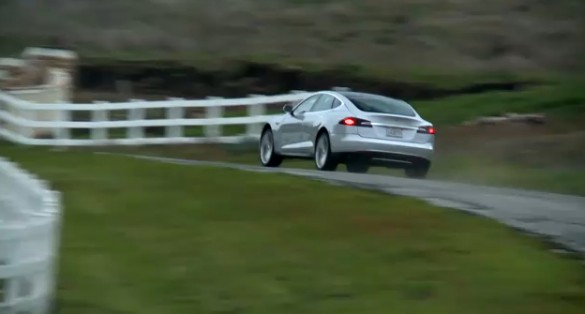 Just when I was getting ready to question if Tesla’s Model S sedan would ever see the light of day, the company has released video of an Alpha test mule racking up miles on the back roads of California. I’ve got a background in product development, so I completely understand the importance of Alpha testing something: the goal is to take a product that’s 75% complete, then use it until it breaks and figure out what needs improving. If Alpha testing sorts out most of the bugs, the next step is Beta testing, which usually involves more than just engineers (in some cases, potential customers get access to pre-production hardware). Assuming the Beta test goes well, the next real milestone is usually production of a final build candidate. That said, in twenty years of hardware and software product development, I’ve yet to see an Alpha or Beta test go smoothly. Video below.

Still, I’m happy to see the stunning Tesla Model S on the road. Their own development schedule calls for Beta testing to begin in 2011, along with crash testing. That also requires suppliers to be lined up and their manufacturing facility to be in working order. Tooling equipment must be in place, the stamping facility must be operational and they’re going to need a paint shop as well. If all goes as planned in 2011, production validation (go / no go, I suppose) is scheduled for 2012, followed by the first production candidate build and, ultimately, production. When Tesla gets to that point, their plan is to build 7,000 Model S sedans in the first year, with production ramping up to 20,000 per year after that. Tesla’s current estimated list price for the Model S sedan is $57,400, but don’t be surprised if that creeps upward prior to launch.

As for how the Alpha test mule drives, Autoblog quotes Tesla’s Vehicle Dynamicist, Graham Sutherland, as saying, “The first Alpha is amazingly agile for a car of its size. It has great handling balance and poised ride with communicative steering. Just goes to show what combining a low center of gravity with a very stiff body structure can achieve.” It sounds like the pre-production cars have remained true to the Model S’ original design, and that’s a very good thing indeed.