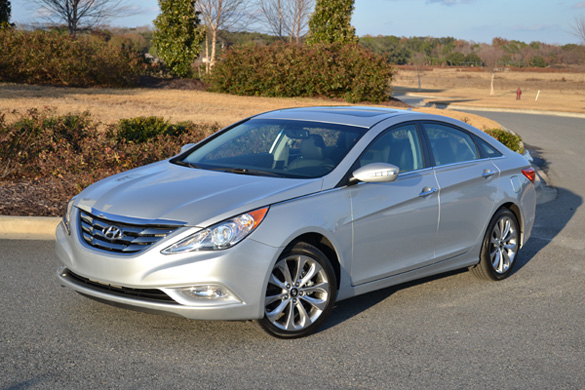 I had the opportunity to review the all-new redesigned 2011 Hyundai Sonata. The new 2011 Hyundai Sonata reminds me of a time when the big three automakers were threatened by overseas manufacturers from the orient of Japan who made small, reliable, and economical vehicles for the average American. Now that threat comes out of the automaker from Korea who goes by the name Hyundai, pronounced like ‘Sunday’. This time the threat is aimed not only at American vehicles, but Toyota, Nissan and Honda.

Completely new for 2011, the Hyundai Sonata attempts to redefine value from a midsized sedan. With a totally revamped exterior and interior, the 2011 Sonata makes a deep impact in the midsized sedan segment, likely to dethrone those who have been sitting pretty for several years. Hyundai has made a reputable name for themselves and has been recognized not only as ‘the company from Korea’ that happens to build econo-boxes for the American market and rental car companies, but one that reminisces a growing Americanized-Toyota during the 80’s and 90’s. 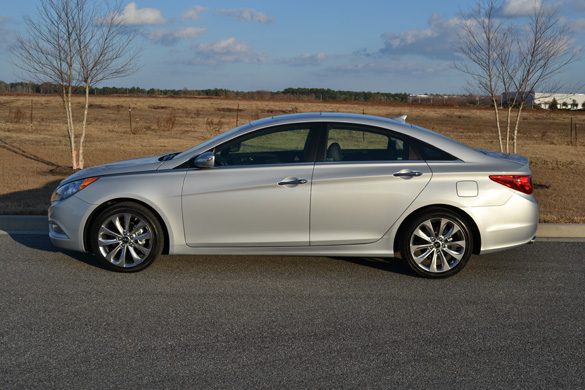 The new 2011 Sonata portrays why Hyundai has been so successful lately and continues to grow despite the economic downturn. Basically everything about the 2011 Sonata begs to defy logic in the sense that Hyundai in the minds of Americans used to be only sub-par.  In 2011 it is a totally new ball game and the Hyundai Sonata has arrived early with some of the best players in the league with salary caps.

My 2011 Hyundai Sonata Limited 2.0T test vehicle was almost as exciting as a modestly priced midsized ‘sports’ sedan could come. The turbocharged 2.0-liter 4-cylinder engine produced ample power, sometimes more than enough needed to jump out in traffic. At times the Sonata brought a smile to my face. Something that usually only occurs in sports cars under heavy acceleration. You get a total of 274 horsepower and 269 foot-pounds of torque with superb fuel economy wrapped up in a good-looking package. That is always a winning combination in my book. 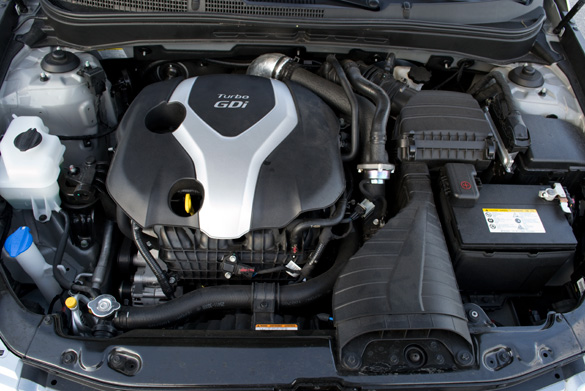 The 2011 Hyundai Sonata comes a few different trim levels starting with base GLS which comes standard with a 2.4-liter 4-cyl producing 198 horsepower and 184 foot-pounds of torque. From there you can opt for the PZEV (Partial Zero Emissions Vehicle) version which meets California low emissions vehicle standards. An SE version of the Sonata is available as a midrange trim, while our test vehicle was a Limited edition with the new, more powerful engine choice, 2.0-liter twin-scroll turbo charged 4-cylindar. After the initial introduction of the 2011 Hyundai Sonata many enthusiasts wondered if it would receive a V6 powerplant but now after the late introduction of the 274 horsepower turbocharged 4-cyl powermill, there is no need for a V6. With a V6 you would be hard pressed to get 22mpg city and 33 mpg highway figures while able to maintain such a wide powerband.

I was truly impressed with the Hyundai Sonata inside and out. The exterior styling is somewhat different but it works. It works so well that it leaves onlookers wondering if they just saw a baby Benz pass them in the fast lane or was it another crazy BMW driver. Either way, it left most of them guessing and some were just plain shocked that a Hyundai looked this good. 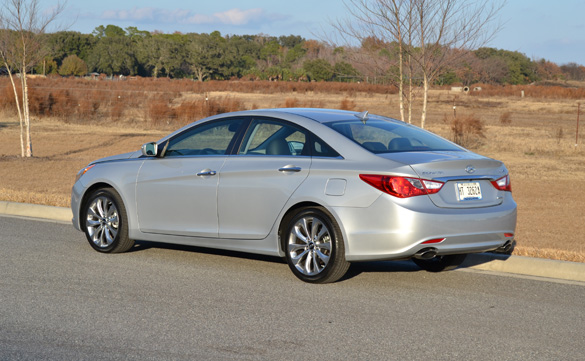 The exterior sheet metal flows well, even with the low-slung a-pillars up through the sloping roof line. From a reasonable distance the rear-end does resemble some German luxury sedans with a slight mix of Lexus. Inside the 2011 Sonata is a slightly upscale interior with bright and clear controls. The one major complaint I would have about placement of the controls would be the volume knob. For some reason it does not belong in the center of everything directly below the navigation/information LCD screen. From the push-start button to the HVAC controls, everything else flows nicely and is easy to operate. Hyundai did a great job with the soft touch accented plastics giving the Sonata an expensive feel without the use of very expensive materials.

For 2011 the Hyundai Sonata continues a tradition of including several standard options in all trim levels. Our Limited edition Turbo Sonata included a long list of standard features. GPS Voice activated Navigation with a high-res LCD screen, XM Traffic/Weather, and Infinity audio system were just a few of the options on the list. Don’t let that short list fool you, everything else was basically standard such as heated leather seating surfaces, 18-inch alloy wheels, auto dimming mirror, sliding sunroof, proximity keyless entry, 6-speed auto transmission and dual temp zones. 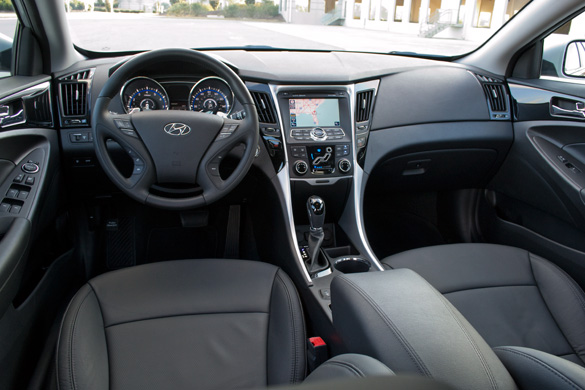 Driving the 2011 Sonata Turbo Limited leaves you very surprised due to the massive power output. The twin-scroll turbo charger spools up very fast and gives you a nice surge of power, sometimes pealing rubber off the front tires while the stability control goes crazy. The Sonata is not a sports car by any means, but it can hold its own and some when put up against other cars in its segment. All I have to say is the Camry and Accord have their work cut out to keep up with this one.

The ‘Korean Camry’, as I like to call it, is here to stay and play the game until someone bats out. And if you are wondering, a few homeruns have already been hit. It is just a matter of who can hold out until the 9th inning. 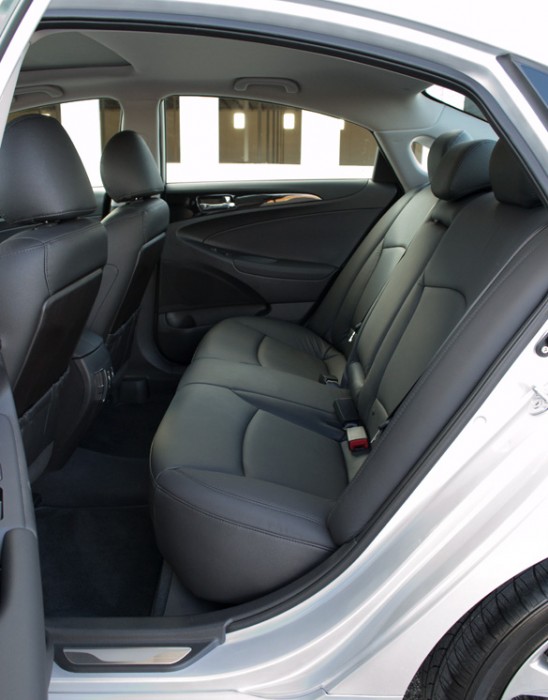 Our test vehicle came in at an even price of $30,000 which is about as fully-loaded as you can get for the new 2011 Sonata Limited. The base 2011 Sonata starts at $19,195. For those who are looking for an alternative to paying a premium for a sporty midsized sedan backed with a killer warranty and not sacrifice all of the options and quality, the 2011 Hyundai Sonata Limited 2.0T is your choice.