BMW Brings Back The Four Banger 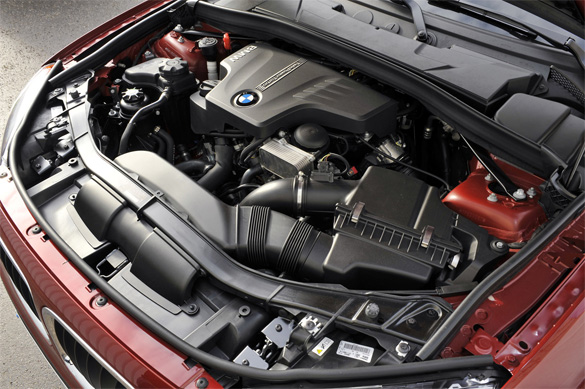 The last time a four cylinder engine powered a BMW in the United States was in 1999; back then, it was a somewhat anemic 138 horsepower. You could find it in the entry level Z3 roadster, and in the quirky BMW 318i Compact, but customer perception was that real BMWs had six cylinder engines. By 1999, the 318i had been dropped from BMW’s U.S. lineup, and the base motor in the Z3 was upgraded to a 2.5 liter straight six. BMW would continue the use of four cylinder engines in the EU, where fuel economy and price were primary concerns, and would focus on premium cars with six or more cylinders for the U.S. market.

That was a sound strategy except for one thing: ever tightening CAFE requirements. In order to improve fuel efficiency of their smaller-engined cars and SUVs, BMW has announced a new 2.0 liter, twin scroll turbo engine for the U.S. market. Unlike the old 1.8 liter four, there’s nothing anemic about BMW’s latest four banger. In addition to the twin-scroll turbo setup, the engine uses high pressure direct injection and variable intake valve timing to produce 240 horsepower and 260 ft lb of torque. What’s even more impressive is that peak torque comes at just 1,250 RPM, and peak horsepower comes at 5,000 RPM. Unlike four cylinder turbos of old, you won’t have to bang this one off the rev limiter to make power.

There’s no word yet on which vehicles will get the new turbo four, but it’s probably safe to assume that anything ending in “28” is fair game. BMW hasn’t published claims on increased fuel efficiency, but I’d expect to see at least a 10% bump in fuel economy compared to their current 3.0 liter six, and I wouldn’t be surprised if the final number was even higher than that. Now, can we get a 1 Series car with this motor and the M suspension, priced below $35,000? That would be a true entry level performance BMW, and would be a fitting tribute to the original M3.