Audi Shakes Down The R18 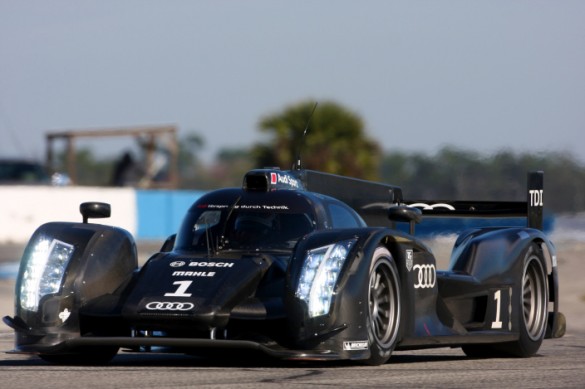 When Audi switched from gasoline engined endurance race cars to diesel engined race cars for the 2006 season, racing history was made. The Audi R10s utterly dominated the competition, taking victories in the 12 Hours of Sebring, the 24 Hours of Le Mans and the Petit Le Mans, despite having development issues early in the year (which forced Audi to compete side by side with their previous car, the R8). By 2007, Audi seemed unstoppable, with the R10 being undefeated in North American LMP1 competition and easily winning at Le Mans. In 2008, however, the tide was beginning to turn. Audi still won at Le Mans, but was beaten by a Peugeot turbo diesel at several other venues. The R10 was no longer invincible, and was replaced by the R15 TDI in 2009. 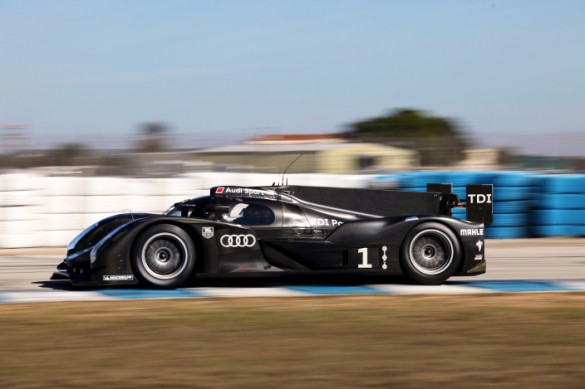 The R15 started strong by claiming a victory in the 2009 12 Hours of Sebring. Audi’s celebration was short lived, as the car proved proved uncompetitive in the 2009 24 Hours of Le Mans, losing to diesel powered cars from rival Peugeot. The R15 TDI Plus rallied at the 2010 24 Hours of Le Mans and finished in 1st, 2nd and 3rd spots, but this was largely due to engine trouble with the Peugeot cars. If Audi was to repeat their domination of endurance racing, clearly a new platform was needed. Enter the R18, first shown to the public in December of 2010. 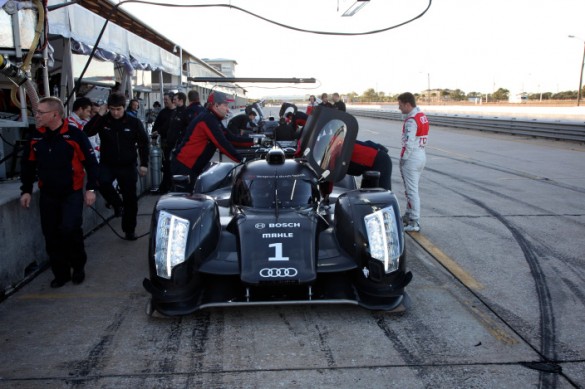 Like the R15, Audi’s R18 will be powered by a TDI engine, now reduced to a 3.7 liter V6 but still good for some 550 horsepower. Unlike all of Audi’s endurance racers since the 1999 R8C, the R18 will utilize a closed cockpit design to improve airflow (and hence, downforce) on the rear wing. There’s speculation that Audi will run the R18 as a hybrid diesel, using some form of kinetic energy recovery system (KERS), but Audi has neither confirmed nor denied this. The R18 was recently tested with good results at Sebring, but it won’t be used to race there in 2011. Instead, Audi will run R15 Plus Plus cars at Sebring and will debut the R18 in May at the Intercontinental Le Mans Cup event at Spa. Audi takes endurance racing very seriously, and beating rival Peugeot is a matter of immense importance to Audi; I’d be very surprised if Audi wasn’t atop the podium at this years 24 Hours of Le Mans.