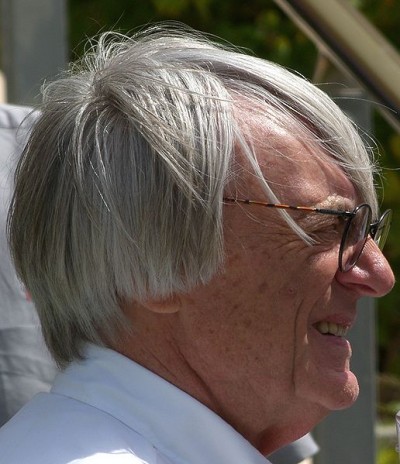 Ecclestone in Bahrain in better days.

If you were counting down the days to the opening of the 2011 Formula One season in Bahrain on March 13, you’ll need to add some days back to the calendar. As feared, political unrest in Bahrain has forced the cancelation of the event, although F1 boss Bernie Ecclestone is working hard to get the Bahrain race on the schedule for later in the year. The best possibility is to reschedule Bahrain for November 20, after the race in Abu Dhabi, but that creates three race weekends in a row since the season ending race is November 27 in Brazil. There’s a chance the final race could be postponed until December 4, which would be much more palatable to teams than running three events back to back on different sides of the globe.

The decision was made by Bahrain’s Crown Prince, HRH Pince Salman bin Hamad Al-Khalifa, who said, “We felt it was important for the country to focus on immediate issues of national interest. Bahrain’s priority is on overcoming tragedy, healing divisions and rediscovering the fabric that draws this country together to remind the world of the very best that Bahrain is capable of as a nation once again united.” I couldn’t agree more, and I’m happy that the island nation made the correct decision regarding the Bahrain Grand Prix.

With Bahrain off the schedule (for now at least), the season opener moves to Australia on March 27. That gives teams two more weeks to get ready, and it gives the rest of us fourteen more days to count down. If you’re a fan of American open wheel racing as well, that’s the same weekend as IndyCar’s season opener in St. Petersburg, FL. Set your DVRs accordingly.