Tesla Updates Us On The Model S 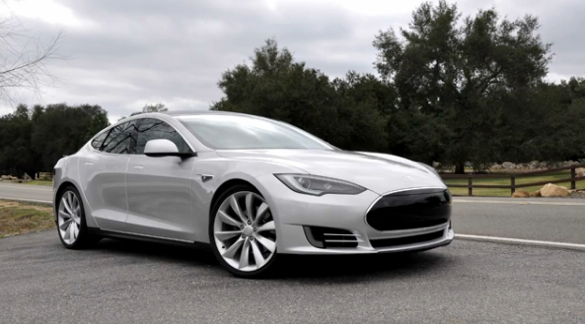 Remember the Tesla Model S? The uber-sexy sedan that was going to be the first four door EV we all lusted after? Tesla wants to remind us that the project is moving along, even if it isn’t front and center in the news on a daily basis. The car is currently in Alpha testing, which means that engineers are flogging the snot out of prototypes to see what breaks and what doesn’t. Later this year, Tesla will move to Beta testing, where more Tesla employees and industry insiders are tossed a set of Model S keys, with the instructions to “tell us what works and what doesn’t”. If everything progresses as planned (which almost never happens), Tesla Model S deliveries in the United States will begin mid-year 2012.

The first 1,000 cars produced will be Model S Signature Series variants, complete with a 300 mile battery range and a price tag of $77,400 before the $7,500 EV tax credit. Expect these cars to come fully loaded, including unique badging identifying the car as a Signature Series limited edition model. Tesla will also offer less expensive Model S sedans, with varying ranges. Mid-pack is the 230 mile range Model S, with an expected price tag (excluding tax credit) of $67,400; if that’s still too rich for your blood, the base Model S, with a 160 mile battery range, will start at $57,400 before you factor in the tax credit. Full pricing (and a list of options) is expected to be released this summer.

The Models S will launch in the United States first, but sales will expand to left-hand drive EU countries by the end of 2012. A right-hand drive version is planned, with deliveries projected to begin mid-2013 if all goes well with the other Model S launches. Tesla claims that their 2012 production capacity is 5,000 units, but they expect to ramp this up to 20,000 units per year by 2013. Let’s hope so, since the Tesla Model S could very well be the world’s first aspirational electric car. Speaking for myself, I can’t wait to drive one.