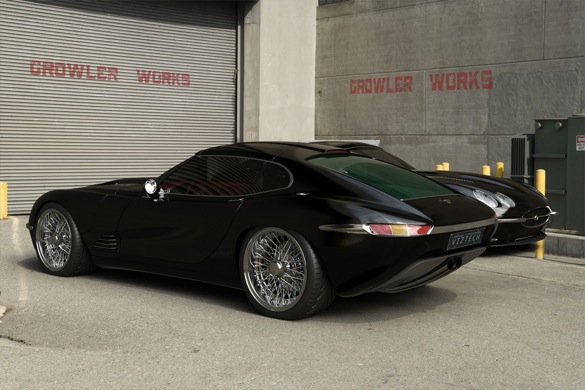 Swedish design firm Vizualtech has penned a stunning rendition of an updated Jaguar E Type. Called the Growler, Viztech intended the car as a tribute to the 50th anniversary of the Jaguar E-Type, but they didn’t plan on the amount of attention they’d receive from their design. Based on customer feedback, the firm is looking at a limited production run of Growlers, each using a carbon fiber chassis with tube frame engine and suspension mounts front and rear. The body itself will be made from composite to keep weight down, and the car will be powered by a Supercharged 5.0 liter V8 lifted from the current Jaguar XKR. In stock trim, this engine makes 510 horsepower, but Vizualtech expects to get 600 horsepower from it by remapping the ECU.

Since a prototype doesn’t yet exist, all performance data is speculative. Vizualtech expects the completed car to weigh in at just 3,410 pounds, so acceleration will be “brisk, very”. Their guess for a 0 to 100 kph time is under four seconds, and I’d be inclined to agree with them. In fact, I’d probably insert the well “well” just before the word “under” in the previous sentence. They don’t speculate on a top speed, but I’m guessing the cars shape would allow the 200 MPH barrier to be exceeded if the owner was brave enough. 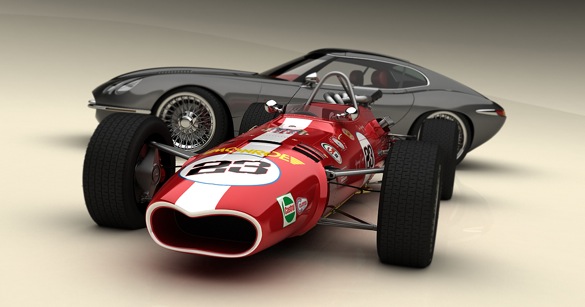 As for pricing, keep in mind that each car will be built by hand, over a period of six months, and the final price will depend on the number of orders received. On the low side, it could be as little as $680,000 if enough buyers step up with cash in hand. If only a few take the plunge, the cost could be as high as $1.4 million per car. Even the low end pricing puts it exponentially out of my league, but I still say “build it”; there isn’t enough beauty in this world today, and the Growler would go a long way towards putting that to right.