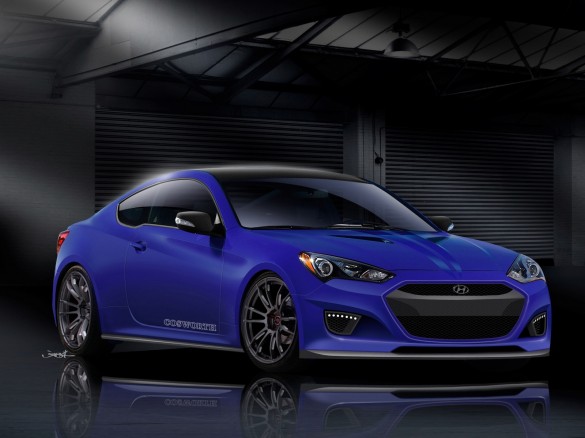 In case you needed another reason to make a pilgrimage to Las Vegas for this year’s SEMA show, here it is: Hyundai has teamed up with new development partner Cosworth to create what it’s billing as the “ultimate” Hyundai Genesis Coupe. Called the Cosworth Genesis Racing Series (CGRS), the satin blue coupe is designed to deliver performance gains without sacrificing driveability, making it the best compromise between a street car and a track day car.

Further enhancing performance, the CGRS gets a Cosworth big brake system and a Cosworth performance suspension. Details on either upgrade are lacking, and Cosworth is best known for its engine tuning, so we suspect the suspension and brake upgrades come from a third-party manufacturer. 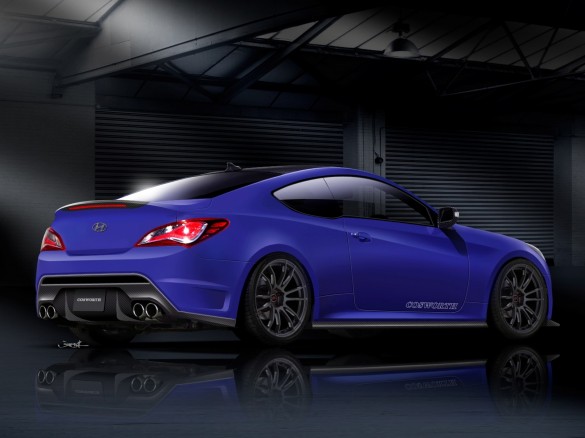 Aside from the in-your-face satin blue paint, exterior changes are subtle to preserve the Genesis Coupe’s styling. Add-ons include a new front bumper with brake cooling ducts, a front splitter, side skirts, a diffuser, a trunk spoiler, unique wheels and Cosworth logos. Unlike many SEMA concepts, this is one you could drive to work without embarrassment.

Inside, the CGRS gets a Cosworth-logo steering wheel, shift knob, machined pedals and shift boot. Further styling tweaks include two-tone seats and a two-tone interior treatment.

We hope this is the start of a lasting relationship between the two companies, because a Cosworth-engined production Genesis Coupe would certainly get our attention.