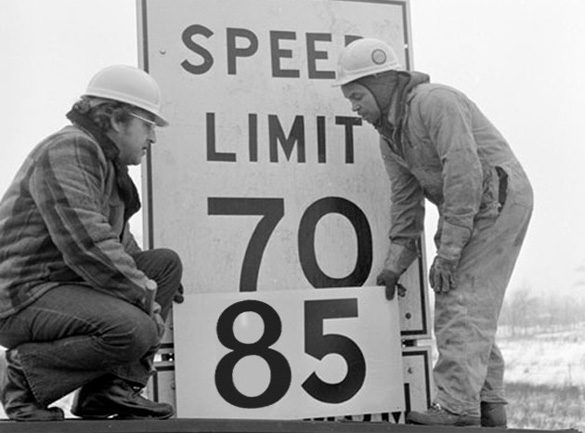 Everything is big in Texas and now even the speed limit will be the biggest in America. The Texas House of Representatives have recently approved a new transportation bill.  Part of it allows the Texas Department of Transportation to set speed limits to 85 MPH on select interstates.

Texas already has over 520 miles of interstate where the highways have a speed limit of 80 mph. The states of Montana and Wyoming have enjoyed an 80 mph speed limit for more than a decade on hundreds of highway miles as well. One area that may receive the 85 mph speed limit in Texas is a long stretch of Interstate 10 where you have a flat long line of sight with wide lanes and good shoulders.

You have to wonder, is raising the speed limit to 85 mph in any area of the U.S. such a good idea? Insurance companies don’t seem to think so. Jerry Johns, a spokesman for the Southwestern Insurance Information Service believes that such an increase of the speed limit in just some areas will have a dramatic impact on the death and injury rate on those highways in which the 85 mph speed limit is implemented. Although drivers already exceed 70 mph speed limits on highways, 85 mph could not only raise the stakes, literally, but raise fuel consumption during a time when gas prices are nearing record highs again. Despite highway deaths falling to the lowest level since 1949, an 85 mph speed limit could have detrimental effects on that statistic.

We should also think about the added skill and vehicle capabilities required to maintain a speed of 85 mph on some of America’s roads. It is bad enough that we have people who carelessly reach excessive speeds on U.S. interstates and highways. The DOT would need to conduct a thorough safety analysis of roadways before they can post an 85 mph speed limit.

Do you think it is such a good idea to implement an 85 mph speed limit? If so, where should it be posted? If you object, tell us why in the comments area below.