Here’s One Commercial You Won’t Skip Over 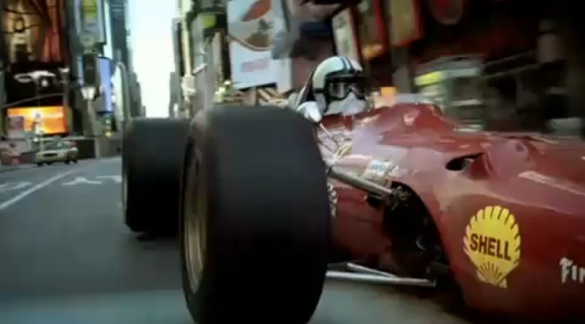 I’m not nearly enough of a Tifosi to name all the cars in the video, but I can identify the second car (blasting through the streets of New York) as a variant of the 312, raced by Ferrari from 1966 through 1969. The next one appears to be a 312B from the early 1970s, since the 312B was the first Ferrari F1 car to sport front and rear wings. I love the detail in the video, including the period-correct clothing worn by the driver of each car. If this is advertising, I say film more of it, please.