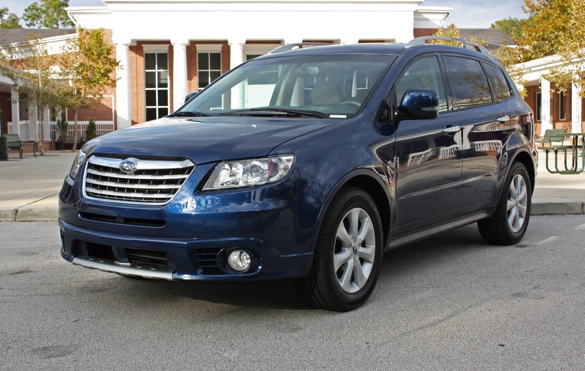 If Japan’s Nikkan Kogyo newspaper is correct, both the Subaru Tribeca crossover and the Mazda6 sedan may be put to rest in the very near future. Subaru has stopped working on development of a next-generation Tribeca, primarily since the current version has sold just 910 units year to date. The Tribeca is chewing up production capacity at Subaru’s Indiana plant, which could be used to produce more high-demand Legacy and Outback models. Even a design change from the original (and controversial) styling hasn’t been enough to boost Tribeca sales, since consumers have a hard time figuring out exactly where the crossover excels against its competition.

Mazda phasing out the Mazda6 would come as more of a surprise, since it would leave them without a mid-size sedan. Sales of the Mazda6 have failed to meet expectations since the 2008 redesign: Mazda had hoped for annual production of 100,000 units, but built less than half of that in 2010. Should Mazda pull the plug on the Mazda6, it’s entirely possible that they’d abandon the Flat Rock, MI facility in favor of one with lower operating costs, and sources have Mazda considering a switch to manufacturing in Mexico.

Neither the Tribeca nor the Mazda6 are bad choices, but both lack a strong identity. The Tribeca went from quirky styling to bland styling, and even an upscale interior isn’t enough to draw in buyers. Lower pricing would probably boost sales, at least temporarily, but the real issue is the population of other viable choices in the segment. The Tribeca simply isn’t better at anything than its competitors, many of which offer a lower price. The Mazda6, on the other hand, is competitive enough against offerings from Honda and Toyota, but it lacks distinctive styling or performance. Where’s the Mazdaspeed version? Where’s the manual transmission option for trim levels above the base model? For a manufacturer that built its reputation on racing and fun-to-drive cars, the Mazda6 almost seems like an afterthought. Maybe it really is time to pull the plug.