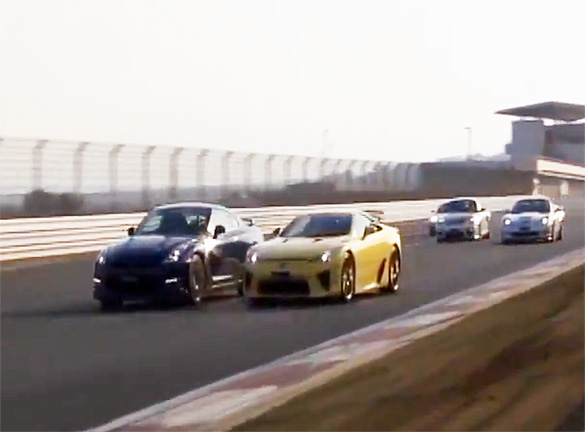 The demise of Japan’s Best Motoring International – Hot Version video series was almost as sad as when Toyota stopped production of the Supra in 1998. The good news is that sometimes legends die hard.

Best Motoring put together one last race pitting the most popular modern-day supercars against each other. Those cars consist of the new Chevrolet Corvette ZR1, Ferrari F430 GT3, Lexus LFA, Nissan GT-R and the Porsche 911 GT2 RS. If that list of supercars does not excite you then you have serious issues and may need some counseling from Tony Soprano. Hit the jump below for some Best Motoring action one last time.