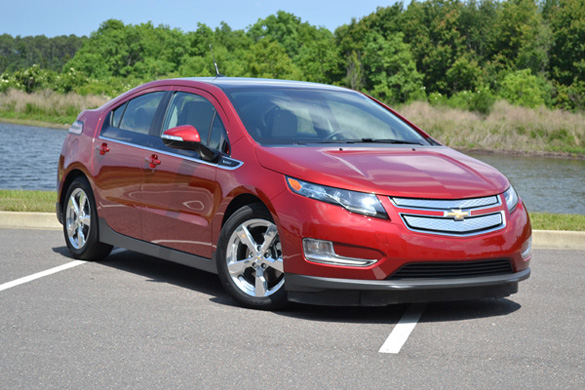 The new Chevrolet Volt is one of the most talked about vehicles today.  After spending countless hours behind the wheel of one, I completely understand why. The new 2011 Chevrolet Volt just may be ‘the car’ that helps set a new trend towards weaning us off of our abundant dependency of oil in the United States.

Even though the Chevrolet Volt is a technological marvel of today, tomorrow it may be that one stepping stone which paved the way for something greater.  This car may possibly be the one setting in motion the chance that majority of vehicles sold will consume very little fuel. Until then, the Chevrolet Volt starts its life as a hot commodity for all things eco-friendly and gas saving. 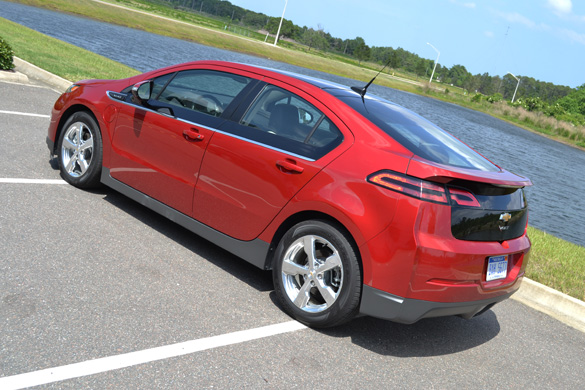 I had the opportunity to review the Chevrolet Volt for a week. During my time with the Volt I attempted to put it through its paces in every imaginable circumstance that I could conjure up on the sunny streets of north Florida. I have to say after my experience I walked away from the Volt pleasantly surprised and at the same time scratching my head. Since you are probably wondering about the scratching my head part, let me explain that first.

The new Chevrolet Volt encompasses a different style that contrasts every other gas and hybrid-variant vehicle on the road today. This contrast is obviously due to the Volt’s drivetrain that consists of two robust electric motors putting out a combined 149-horsepower/273 pound-feet of torque responsible for propulsion and brief periods of battery regeneration and its generator, a 1.4-liter gasoline engine. Acting as a power source for the electric motor, is the 1.4-liter 80hp 4-cylinder gasoline engine, which requires premium fuel. The gasoline engine acts solely as a generator to passively and actively charge the battery so that the Volt’s electric motor has a steady flow of electricity. The electric motors provide instant torque, which means all 273 foot-pounds of torque is available at any time. This makes moving all 3,781 pounds from a standstill an easy task allowing the Volt to go from 0 to 60 mph in a respectable 8.9 seconds. 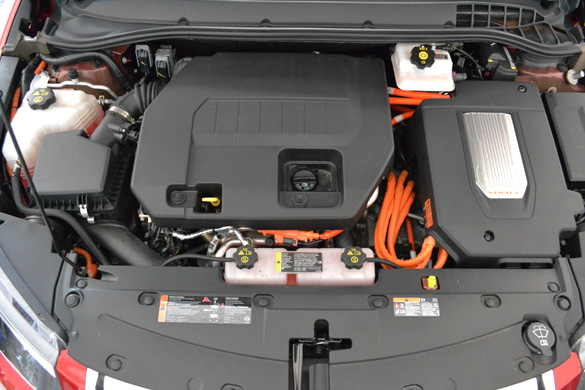 There have been many lengthy discussions among automotive journalists and experts about whether or not the Volt’s gasoline engine provides any direct power to the wheels and to quickly answer that question from my own research, I would have to say, yes it does.

To better understand the complex nature of the Chevrolet Volt, (how the gas engine only provides a small percentage of direct power via the planetary gear-set and electric motor above 70mph at times near full depletion of the battery), one would first need to have the capacity to understand a rocket scientist. At the same time, they would need to interpret a new foreign language. In other words, all of the answers can be found with a simple Google search and some technical thinking. Doing this research would also question if the Volt should be classified as a hybrid vehicle, plug-in hybrid, or extended range electric vehicle. If you go out and drive a Volt, you would probably come to the conclusion that it is mostly an extended range electric vehicle. Basically, the Volt can be whatever the heck you want it to be until it comes time to collect the $7,500 Chevy Volt federal tax credit, which will apply to plug-in-electric cars. 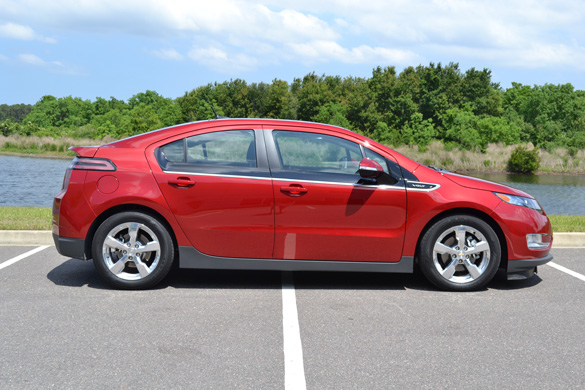 With everything previously mentioned taken into consideration, the Chevy Volt drives and behaves like an electric car. Things get complex underneath the skin,  but it is easy to void out the complexity when you are able to just jump in the Volt and drive anywhere you want without any electric-vehicle range anxiety.

The Chevy Volt has a small gas tank and for good reason. Only 9.3 gallons of fuel is needed to give a fully charged Volt the “extended” range of over 370 miles. I was able to get exactly 34 miles out of a fully charged battery during a normal driving commute consisting of about 40% city and 60% highway. A second run, after charging the Volt’s 16 kWh Lithium-ion battery via the included 120-volt charger overnight, I was able to get 28 miles using my heavy right-foot and utilization of the A/C in comfort mode. Putting the A/C in eco mode would decrease energy consumption allowing a longer range. 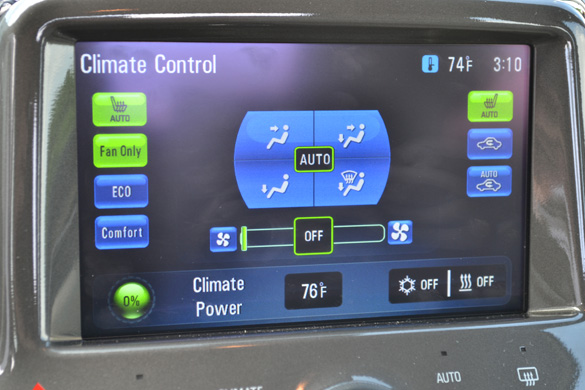 You may be tempted to start conserving power use unconsciously after you have performed a charge on the volt.

I know because I did this just trying to get a “feel” of things and how the Volt’s power management all comes together. Full electric mode is selected automatically anytime the battery is charged enough to sustain driving without the gas engine’s assistance. All of the accessories play a part in depleting the battery from the headlights to the air conditioner. Because the air conditioner draws a considerable amount of power, especially during extreme outside temps, the Volt provides an energy efficiency monitor.  How efficient your driving style is will also be displayed through the energy monitor to aid in a driver’s ability to monitor energy consumption. 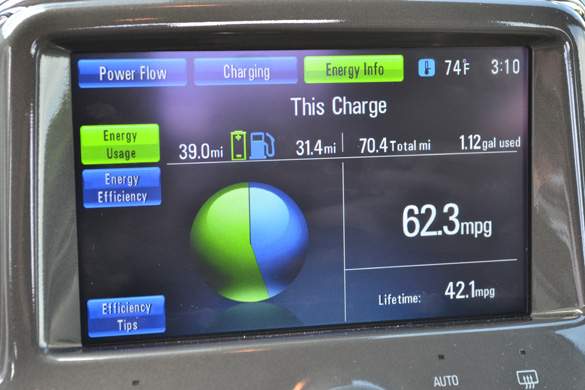 When it comes to giving the driver enough information to successfully manage charging and over-all consumption, Chevrolet covered all angles. The information display via the center-stack LCD touch-screen is a virtual gateway into the brain of the Volt. Not only can you display how efficient you are driving, but you can get an instant ETA as to when your battery would be fully charged using either the included 120v charger or the optional 240v charging station. It took about 9 hours to complete an overnight charge.  This gave me enough juice to drive 35 miles with no noticeable power loss. My average “gas-only” runs yielded 37mpg to 42mpg. Steadily driving with a fully depleted battery you notice times when the engine will hum along with the expected buzz sound from a small 4-cylinder engine. Combined electric-only and gas trips sometimes averaged to around 164mpg. Calculating and taking into consideration the amount that you would spend on charging the Volt overnight, you could considerably save a lot of gas money. If your daily commute is under 35 to 40 miles, the Volt hardly ever uses gas. These are times that the Volt will automatically burn gas just to keep things circulating and eventually forcing you to put gas in the tank. You probably already know that going months on end without firing up a gas engine can cause issues in the long run.

It is rather funny to hear the engine rev up and then level-off at a much lower RPM while driving a steady 70mph as the system recoups a temporary battery charge. The Volt cleverly manages to always have enough stored energy in the battery to give you 100% of the electric motor’s power. The only time that this “reserve” power is in jeopardy is climbing mountains which is why Chevrolet provides a mountain mode which will run the engine more frequently creating a larger buffer-charge. This extra charge or flow of energy would be needed when a mountain climb causes an extended load on the electric motor. 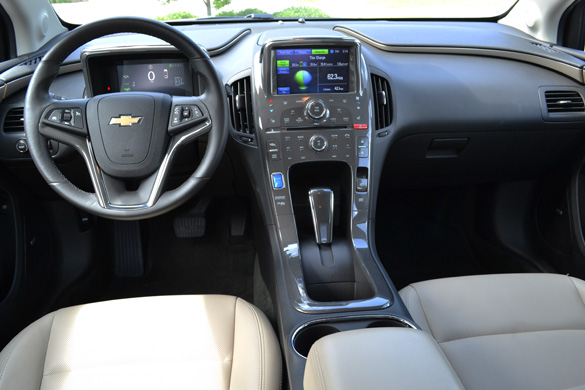 The Volt is virtually silent when running in full-electric mode. At times I found pedestrians walking in front of the Volt when cruising through parking lots because they simply could not hear it. Luckily the high-beam headlight flasher will also sound the horn in several abrupt pulses to get the attention of someone not paying attention. Once again, another useful feature that is specific to the Volt’s unique character.

On the inside of the Chevrolet Volt is another untraditional characteristic; 4-passenger seating. Most 4-passenger cars either carry a hefty price tag (luxury car w/ fixed rear-seat center console setup) or are usually considered to be a 2+2 sports car. In the Volt’s case, it must sit its precious cargo in 4 individual bucket seats mainly due to its battery design. The T-shape 400 pound battery runs down the middle of the car ending at the rear under the hatch cargo area. Seating space is good but those looking to pack-up a family of four for a week-long trip may have difficulty fitting all of their belongings in the small 10.6 cubic-feet of space. Aside from the cargo area, all 4 seats are comfy and provide ample space for even 6-foot tall adults. The dashboard makes the Volt very different from any other GM vehicle. The center stack buttons are mostly touch-sensitive, sometimes a bit too sensitive. You will also find a nicely integrated 7-inch touch-screen LCD for navigation, stereo, energy monitor and an optional back-up camera. On the driver side, there is a large LCD screen for all pertinent information to the driver, which comes with some customizable views. All of the colors are vibrant in the driver’s LCD info screen, possibly showcasing more of a “green” aspect of the Volt. 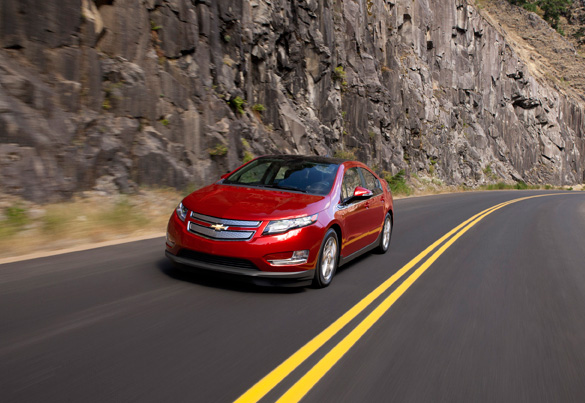 The new Chevrolet Volt is conservatively designed with a stylish edge. Unlike some EVs, hybrids, and plug-in hybrids, the Volt brings a common passenger car style to the table, which is a good thing. The Volt only subtly sets itself off from other normal gas-burning cars. The Volt actually looks good to the majority. Everything about the Volt works in tandem from its styling and innovative electric-gas drivetrain, to the low-rolling resistance tires, and 17-inch light-weight forged aluminum wheels. It all comes together in an intricate package that could potentially appease anyone in the market for either a hybrid or plug-in gas-electric vehicle.

After having spent a week with the new Chevy Volt, I walked away knowing with a certainty, that General Motors made a masterpiece out of a clean “green” sheet of paper. This masterpiece carries several expectations, but I feel confident that it will fulfill most of them while venturing into the realm of an unpredicted electric and hybrid vehicle future. After-all, it is the 2011 North American Car of the Year.