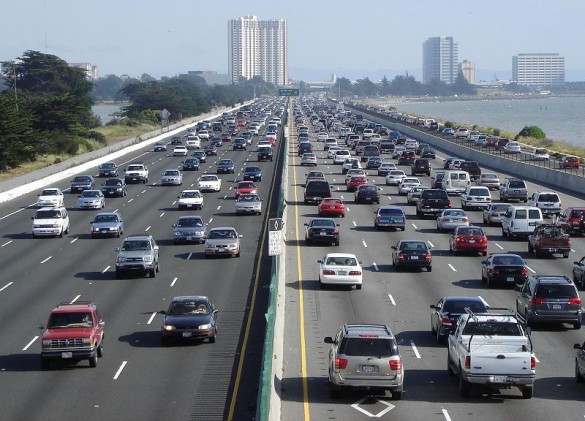 If you’re a regular reader of Automotive Addicts, I’ll go out on a limb and say, “you’re not the problem.” You already know that the left lane of a multi-lane highway is for passing and not traffic flow, and you know enough to keep an eye on your rearview mirror for oncoming traffic. Sadly, you’re the exception and not the general rule when it comes to drivers in the U.S., which is why the National Motorists Association has proclaimed June to be “Lane Courtesy Month”.

“Lane Courtesy Month” has a much more pleasant ring about it than “Get the Hell Out of the Left Lane, You Mouth-Breathing-Troglodyte Month,” but the intent is really the same. The NMA hopes to make drivers aware that the left lane of multi-lane highways should be used for passing, and that slower left lane traffic should make way for faster left lane traffic, regardless of speed limits or current speed. This should be obvious, but it bears repeating: when all motorists adhere to the basic principle of keep right, pass left, traffic flows more freely and in a safer manner.

The NMW lists three other benefits for lane courtesy, including:

– Reduced travel time: Less traffic congestion translates into a faster time from Point A to Point B.

– Less aggravation behind the wheel: Unobstructed driving is less stressful than being stuck behind the cell-phone-addled left lane clot for the duration of your trip.

I’d like to add a fourth benefit, which is reduced likelihood of road rage, often caused by oblivious or inattentive driving. The NMA certainly has their work cut out for them, and I wish the organization the best of luck with getting the word out about “Lane Courtesy Month”. I suspect the drivers most guilty of clogging the left lane have never heard of the NMA, and I’m fairly certain they’re not Automotive Addicts readers, either.