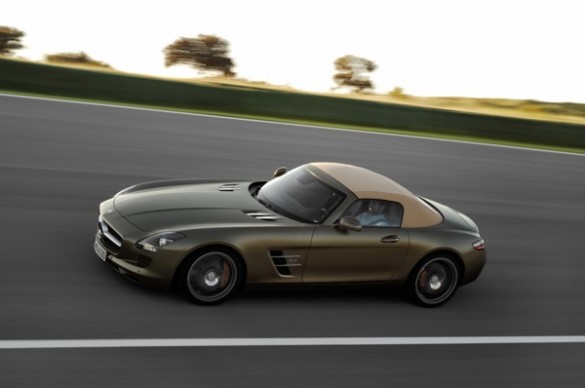 If you were setting out to build the best ragtop in the world, a good place to start would be with Mercedes’ SLS AMG coupe. The uber-fast luxury GT car boasts a 563 horsepower, 6.3-liter V-8, surrounded by some of the sexiest sheetmetal on the planet. Intended as an homage to the Mercedes 300SL “Gullwing” coupes of the 1950 and 1960s, the car spares no expense in design or construction, and now Mercedes-Benz has announced a roadster version of the SLS AMG. 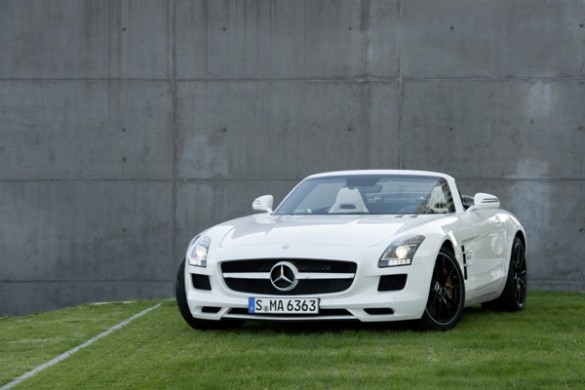 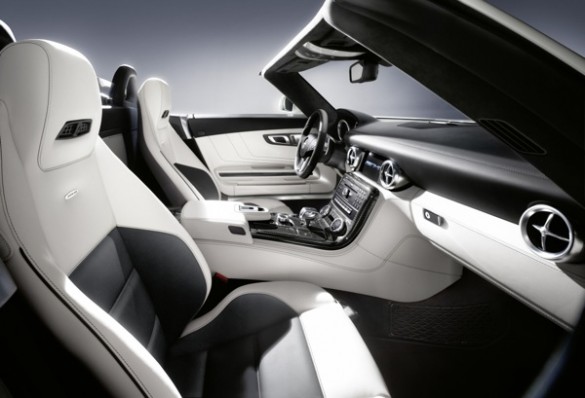 Starting with an aluminum spaceframe body, the SLS AMG Roadster adds the same 6.3-liter V-8 and dual-clutch, transaxle transmission found in the coupe. A sport suspension with aluminum double wishbones comes next, followed by the power-folding cloth top, built of magnesium, steel and aluminum. It retracts or raises in just 11 seconds, and can be deployed at speeds up to 31 miles per hour. An optional driver-oriented telematics system, dubbed “AMG Performance Media” gives real-time readouts of lateral and linear acceleration, horsepower, lap times and engine vital statistics, while the aircraft inspired cockpit is designed to surround the owner in luxury. Black leather seating is standard, but owners can opt for two-tone leather seating if that’s their preference. A navigation system is standard, as is Mercedes’ unique “Airscarf” system, which uses warm air at the driver’s neck to extend the temperature range for top-down motoring. Available options include a Bang & Olufsen audio system, the AMG Performance Media system, an Adaptive AMG Sport Suspension and carbon ceramic brakes.

Despite a reinforced body to reduce flex, the roadster weighs just 88 pounds more than the Coupe, and retains the same 3.7 second zero-to-sixty time. Top speed is electronically limited to 197 miles per hour, just as on the SLS AMG Coupe. Pricing has yet to be established, but look for the SLS AMG Roadster to hit select Mercedes-Benz dealers by year end.