IIHS Lists The Deadliest (And Safest) Cars On The Road 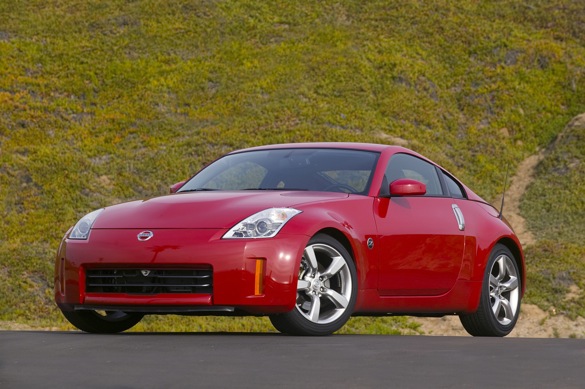 Nothing whips the public into a frothy lather quite like a paranoia-inducing report on the safety of their vehicles. The Insurance Institute for Highway Safety has just released their latest study, and if the media frenzy is to be believed, owners of Nissan 350Zs are just body bags waiting to be filled. On the other end of the spectrum is the Audi A6 quattro sedan, which (apparently) could survive a direct hit from a cruise missile, at least according to the press. Like anything else, there are two sides to every story, and the safest vehicles may not be what you expect.

First, I’ll give you the 2005-2008 model year cars with the highest death rates. The top five are the Nissan 350Z, the Nissan Titan pickup, the Chevrolet Aveo, the Chevrolet Cobalt and the Nissan Titan extended cab. What do many of these five (the Aveo, the Cobalt and the 350Z) have in common? They’re likely to be driven by young, inexperienced drivers. None of them (in base model trim) came with stability control, meaning that driver skill was the only thing that would save your bacon in the event of a crash. What do new drivers, or drivers unaccustomed to front-engine, rear-drive cars like the 350Z lack? Skills, such as vehicle control and respect for the limits of their own abilities..

My own MX-5 made the “deadliest cars” list, coming in at number 14. Does this concern me? Not at all, because I’m intimately familiar with the handling limits of the car. To me, safety isn’t about mass or about electronic systems that save your ass; instead, safety is about situational awareness and about knowing how to control your car under adverse conditions. That takes training and it takes experience, something I’ve been lucky enough to rack up over the years.

If you believe the IIHS report, the 2005-2008Audi A6 quattro, the Mercedes E –Class AWD, the Toyota Sienna, the Ford Edge and the Nissan Armada are the five safest vehicles. Statistically, I’d argue that all of these vehicles are driven by more mature drivers, likely in a more conservative manner. They’re also quite a bit more expensive than the cars on the “deadliest” list, which puts them out of reach for most drivers. Does that mean those of us not living on a trust fund or family inheritance are simply cannon fodder, waiting to become a statistic on the next IIHS fatality report?

Hardly, and here’s my advice to you: it doesn’t matter what you drive, it matters how you drive it. Be aware of what’s happening around you, always have an escape route and take whatever track days or advanced driver training you can. Just like guns, cars are inanimate machines that don’t kill people; lack of training or overconfidence in your ability, on the other hand, will get you killed – no matter what you drive.