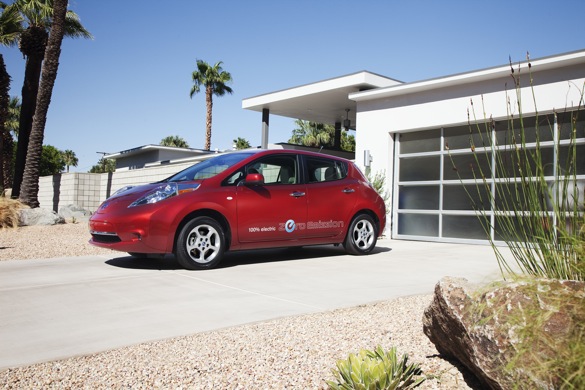 Think you’re free to choose whatever kind of vehicle you want? Think again, but only if you live in California. The Golden State, long obsessed with tailpipe emissions and fuel economy, is considering a measure that will require automakers to sell a dedicated percentage of electric vehicles in-state, or face fines of $5,000 per non-EV sold. By 2018, the pending legislation would require 5.5 percent of new car sales to be EVs; by 2025, that percent would jump to 14 percent.

In 2011, the California New Car Dealer’s Association expects sales of 1.33 million new cars in California. It’s likely that new car unit sales will increase between 2011 and 2018, but let’s be conservative and use the 2011 numbers: by 2018, manufacturers will have to sell 73,150 electric cars in California. By 2025, that number climbs to 186,200 EVs, which begs the question of whether or not California’s power grid can even sustain the 2018 EV target.

That’s not to say combustion-engined vehicles will be outlawed in California, but if there’s a fine to be paid, neither the manufacturer nor the dealer will be willing to absorb it. Would a Ford Mustang still be attractive if it cost $5,000 more? How about a Hyundai Elantra?

Electric vehicles have their place, but they’re still not an equivalent replacement for gasoline-engined vehicles. Will EV technology improve over the next six years? Probably, but no one knows how much. Range will increase and costs will fall, but until you can build an EV with a 300 mile range (at highway speeds) and a recharge time equivalent to refueling a gasoline engined car (call it 10 minutes), they’re simply not going to replace combustion-engined vehicles. All the state legislation in the world isn’t going to speed up the development of replacement technologies.