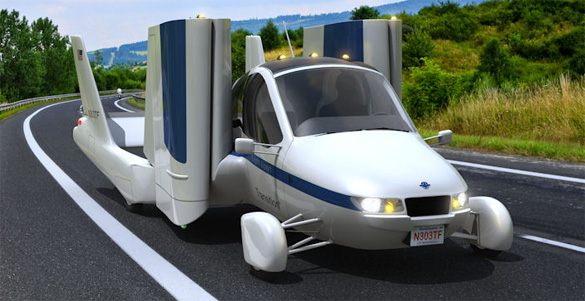 The government has recently approved the exemptions Terrafugia, maker of a new “roadable aircraft” or Light Sport Aircraft, needed to begin selling their new $250,000 flying car.

For those Back to the Future fans and techie-files who thought that by now we would have ushered in an era of new innovations that included flying cars, you may not be too far off of your speculations. The Massachusetts company Terrafugia, founded by MIT grads, has spent about 4 years developing their flying car which now incorporates folding wings making it easy for the ‘average Joe’ to store the vehicle in their own attached garage. The company insists that this is more of an airplane that you can drive instead of a car that you can fly. Either way, it looks like something that could spark other innovations for private drivable flying vehicles. The airplane that can be driven like a car still requires take-off from an airport in addition to a Sport Pilots license to operate in the air.

Terrafugia will be taking $10,000 deposits to reserve the purchase of the latest “flying car”.

Hit the CNN video below for further details.