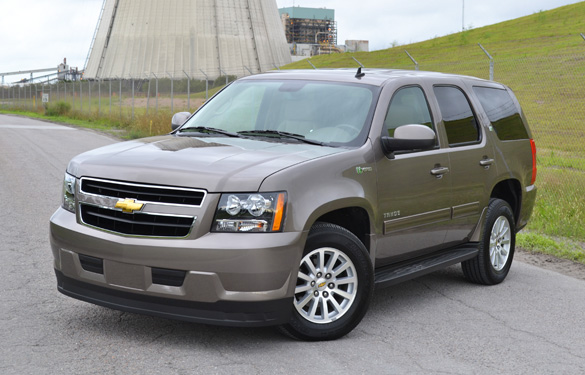 In a world still vastly filled with SUVs that consume monstrous amounts of fuel, the new 2011 Chevrolet Tahoe Hybrid changes things from the norm by offering the most fuel efficient truck-based SUV on the market.

The Chevrolet Tahoe is, and has been, an undeniable mark in the truck-based SUV market since the mid 1990’s. From U.S. government transportation and commercial work vehicles to family haulers, the Tahoe can be considered to be one of the most versatile truck-based SUV’s around. With the introduction of a Hybrid model in 2007, the Tahoe Hybrid gave those with a “green conscience” the viable option of a truck-based SUV that gets 20mpg in the city and 23mpg on the highway. 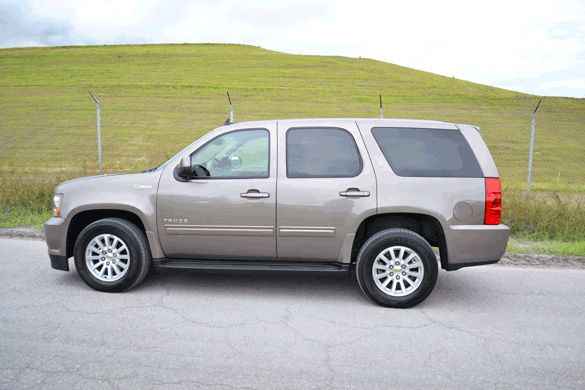 My all-new 2011 Chevrolet Tahoe Hybrid features the same contemporary styling carried over from 2007. Slightly differentiating the Tahoe Hybrid from its close GMC Yukon Hybrid sibling is the front fascia. Otherwise the two could be passed off as identical twins. 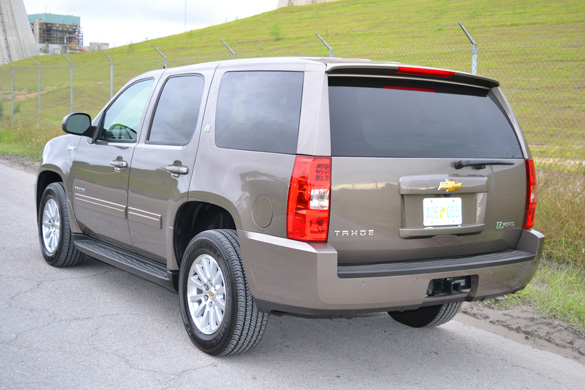 The Tahoe Hybrid uses a combination of a 6.0-liter V8 gas engine and a pair of 60-kilowatt electric motors located inside the hybrid-specific electronic automatic transmission. Together, this system is able to output 332 horsepower and 367 ft-lbs. of torque. Power delivery is transitional at times during low speeds but for the most part smooth. Yet the new Tahoe Hybrid can still tow up to 6,200 pounds. 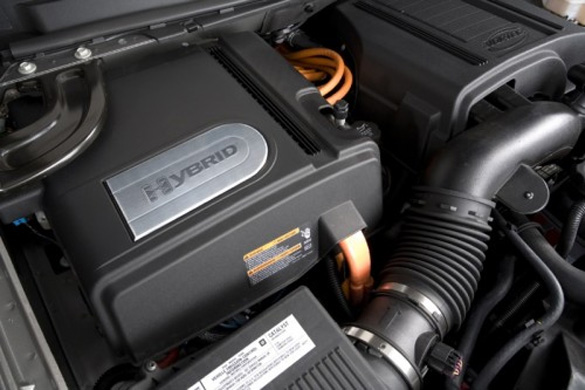 To have only 332 horsepower on paper, the new Chevrolet Tahoe Hybrid performs well for a large truck-based SUV. Much of this is due to the transmission and the way it delivers power. The transmission is somewhat similar to a CVT (continuously variable transmission) were it holds RPM levels while the transmission sorts out power delivery and acceleration. The complex nature of the 2-mode hybrid system leaves all of the action behind the scenes unless you view the Hybrid monitor on the center LCD touch-screen. You do notice the transition of power from the electric motors to the big V8 engine when it is initially started. Cylinder deactivation on the V8 engine under light loads firing only 4-cylinders aids in fuel economy. The Tahoe Hybrid can travel up to 27mph on solely electric power. After that, the gas engine is needed to keep all 5,629 pounds in motion. That is roughly 400 pounds more than the conventional gas engine Tahoe. 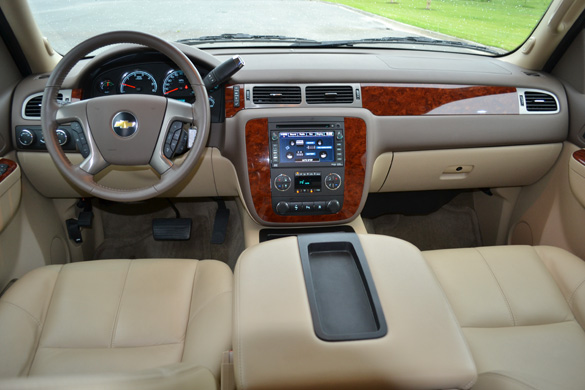 The cabin of the 2011 Chevrolet Tahoe remains virtually unchanged from the previous year. Simulated wood trim accents many of the dashboard controls and center-mounted LCD touch screen. Inside you can seat up to 8-passengers, but for hauling cargo you are forced to physically remove the rear seats because they do not fold flat. My test vehicle was equipped with a rear-seat fold-down LCD screen DVD entertainment system. Standard OnStar is an intuitive part of the on-screen GPS navigation system helping the driver keep their eyes on the road when a new set of directions need to be inputted.

Middle row seating is not as spacious when it comes to legroom in comparison to other truck-based SUVs. Moving up to the Tahoe’s larger brother, the Suburban would easily resolve this issue but a Hybrid model is not available. Virtually every other aspect of the interior seating in the Tahoe Hybrid is vast enough for large adults over 6-feet tall. 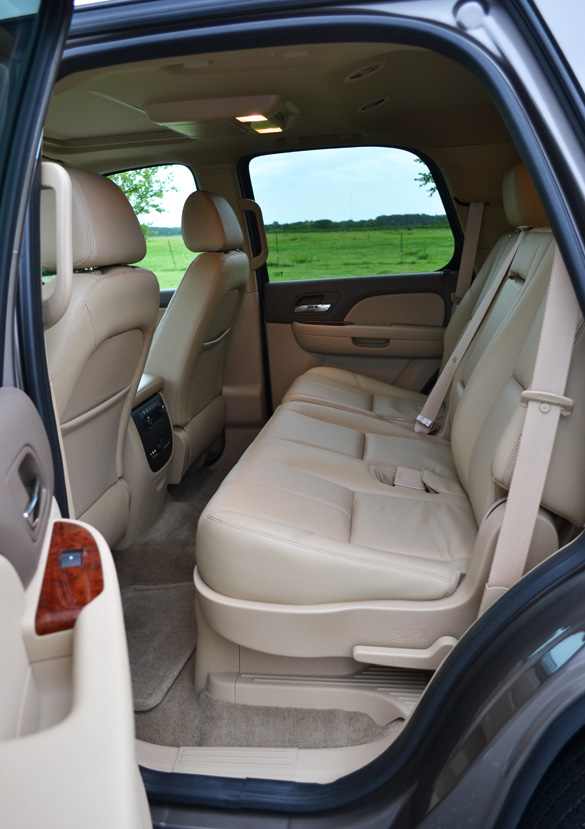 The robust Hybrid battery system provides ample power enabling the Tahoe Hybrid to run for extended periods of time stopped or in park completely off of battery power even when running the A/C. This is very useful for saving fuel. Although, a battery status indicator is nonexistent leaving the driver out of the equation of driving the Tahoe Hybrid to “recharge” the hybrid batteries. The system virtually sorts it all out without any driver indication.

When it comes down to real world driving, the 2011 Chevrolet Tahoe Hybrid does not disappoint. I noticed a steady 21mpg to 22mpg during city driving. On the highway I was able to get just over 22mpg averaging about 22.5mpg. These figures are virtually unheard of with any other truck-based SUV with the exception of the Tahoe and GMC Yukon Hybrid’s polished cousin, the Cadillac Escalade Hybrid. With a price starting at just $51,145, the Tahoe Hybrid is the largest green-vehicle in the world to come off of any assembly line.