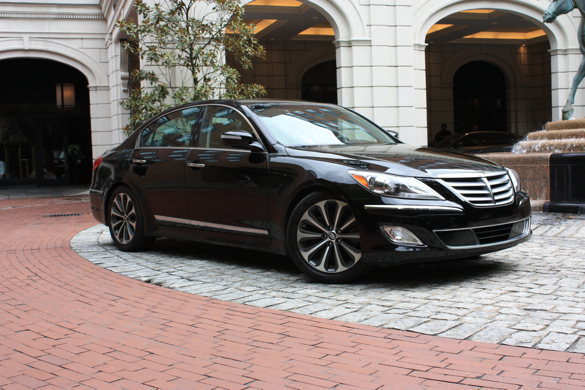 Hyundai’s Azera paved the way into the luxury market for the Korean automaker, proving that it could be successful selling a car above the $30k price point. The Azera led to the launch of the slightly larger and more upscale Genesis, which ultimately led to the launch of their Equus flagship sedan. Its trio of luxury (or near-luxury) cars not only gives Hyundai the ability to attract new customers, but it also ensures that brand loyalists have a clear upgrade path through Hyundai’s product line. That strategy has produced sales success for both the Equus, which now owns 5 percent of the premium luxury market, and the Genesis, which has had 24 months of year-over-year sales increases. 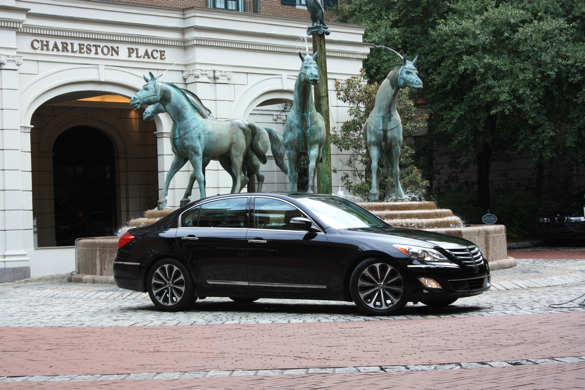 Hyundai does things differently from other automakers, and that includes more frequent product refreshes. The Genesis sedan was only launched in 2009, yet it received a refresh for the 2010 model year. For 2012, it’s getting some significant upgrades, despite the fact that the car has only been on market for two years in its present form. On the base side, the 3.8-liter Genesis sedan gets a bump in horsepower from 290 to 333, plus it gets better city and highway fuel economy than last year’s 3.8-liter V-6. The V-6, along with both the 4.6 liter and 5.0 liter V-8s, gets mated to a new eight speed automatic transmission, further boosting both performance and fuel economy. 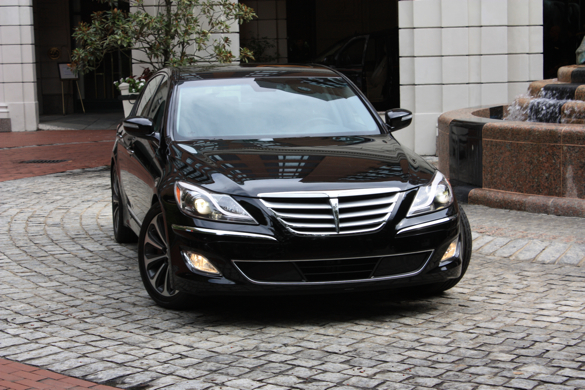 Hyundai’s goal was to make the 2012 Genesis more distinctive, so exterior styling was tweaked to be more aggressive. There’s a new grille design, and the chrome accents on the front fascia have been restyled. The Genesis gets larger rocker panels and brushed aluminum window trim, which give the car a more sporting appearance. Headlights get daytime running lights and LED accent lighting, and rear taillights are restyled. Front and rear bumpers are new for the 2012 model year, as are the 17-inch and 19-inch wheels used on the various Genesis sedan models. 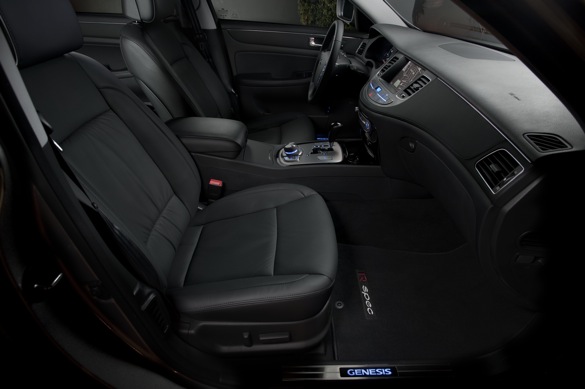 The big news in the Genesis product line is the introduction of the 5.0-liter, 429-horsepower Genesis R-Spec. I recently had a chance to drive the R-Spec, and for comparison, a base 3.8-liter Genesis, on the roads near Charleston, South Carolina. I’ve got good news and bad news: the good news is that the R-Spec is an impressive car, but the bad news is that torrential rain and wet roads prohibited me from testing the car’s handling limits. 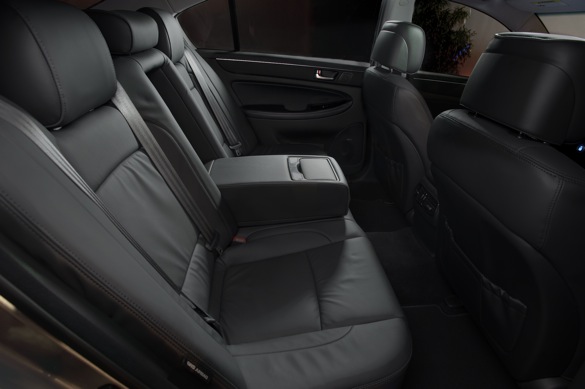 Even on wet pavement, the R-Spec’s traction control isn’t overly intrusive, allowing some wheelspin before the brakes allow the rear tires to hook up. The steering is very nicely weighted and there’s a significant amount of information transmitted back through the steering wheel to the driver. Ride quality is similar to a sport-package-equipped 3 Series BMW; it’s firm, but never harsh, even over rough pavement. As you’d expect, 429 horsepower and 376 ft-lb of torque, coupled with an 8-speed automatic transmission, produce brisk acceleration. Hyundai claims a 0 to 60 time of 5.1 seconds, but I couldn’t come close to that on wet pavement. Do I believe them? Yes, and the car actually felt a little quicker than that. 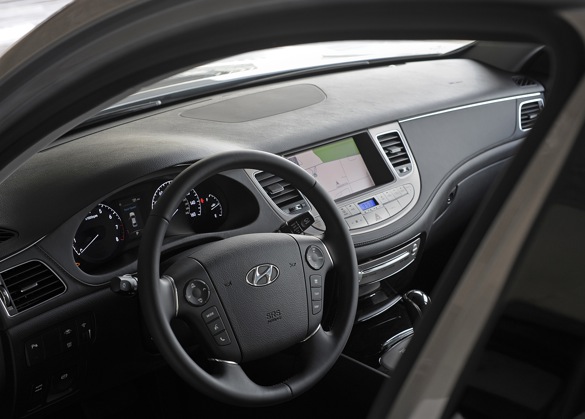 Inside, there isn’t much to distinguish the R-Spec from other Genesis sedans. In fact, there’s no R-Spec badging, no sport seats and no sport steering wheel, at least on first-year R Spec models. That’s not to say there’s anything wrong with the components used on the Genesis, but sport sedan buyers have different expectations than luxury sedan buyers. Scott Margason, Hyundai’s director of product planning, was on hand to solicit feedback, so don’t be surprised to see interior upgrades on the next Genesis R-Spec. 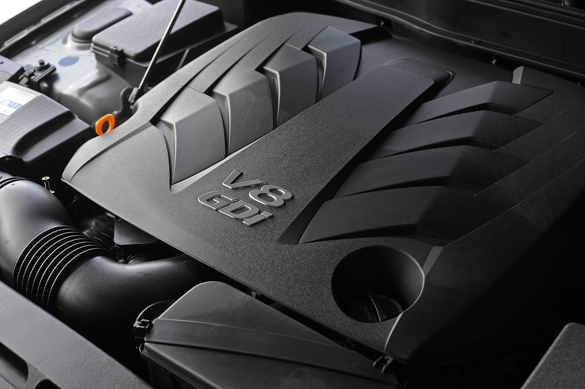 If you’ve got a more modest budget to work with, Hyundai offers the Genesis in a 4.6-liter V-8 version and in a 3.8-liter V-6 version. I didn’t have an opportunity to drive the 4.6-liter Genesis sedan, but I was very impressed with the 3.8-liter car. The engine still puts out 333 horsepower and 291 ft-lb of torque, which is good enough to get the car to sixty in under six seconds. The lighter engine makes the 3.8 liter Genesis feel more nimble, but the car lacks the sport suspension found on the Genesis R-Spec. If I could design my own Genesis sedan, it would probably come with the 3.8-liter V-6, a six-speed manual transmission and the suspension from the R-Spec; such a car would be a fitting rival to a sport-package equipped BMW 3 Series, but I doubt there’s enough demand for Hyundai to consider such a combination.

The 2012 Hyundai Genesis starts at $35,050 for a base 3.8 model, and tops out at $47,350 for the Genesis R-Spec. That’s significantly less than midsize luxury sedans from the competition, so if you’re in the market, the Genesis is worth adding to your shopping list. Judging from the car’s rising sales, a lot of buyers have figured that out on their own.