Subaru’s WRX: The Official Escape Vehicle Of The Zombie Apocalypse? 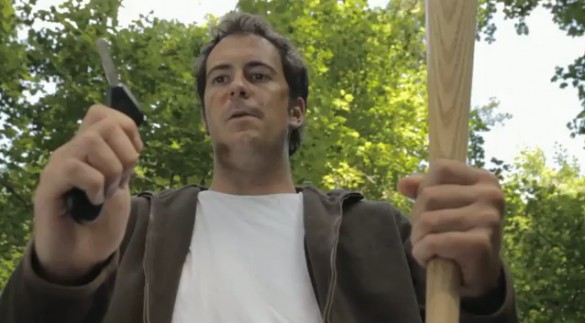 I hate to boast, but I consider myself one of the world’s foremost authorities on the upcoming zombie apocalypse. My go-bag is packed, I’ve got a decent selection of anti-zombie firearms and I’ve read “The Zombie Survival Guide” from cover to cover. Several times, in fact. I’ve even got my own choice of zombie escape vehicle parked in my garage, and it isn’t a Subaru WRX. More on that later.

The 2012 Subaru WRX is a fine automobile, and it represents one of the best bargains in a performance car. Still, it’s got its limitations, such as a price-point-driven interior and less than ideal fuel economy when driven hard. Sure, it gives you sure-footed traction, even on wet pavement, but the WRX lacks ground clearance. You won’t get very far off-road, especially if your escape route includes driving through a swamp or rock-strewn field.

As any zombie authority will tell you, the undead don’t move fast. In fact, you can probably outrun them at a brisk walking pace, which makes the type of acceleration delivered by the WRX all but useless in the zombie apocalypse. If roads are blocked (and they will be), the WRX gives you limited options; you’re not going to push your way through stalled cars, and you’re not going to be climbing over any steep curbs without ripping off body work (and potentially your oil pan, which would be bad).

My zombie escape vehicle? A 4wd Toyota FJ Cruiser. It’s fast enough to outrun even an undead Usain Bolt, and it’ll leap tall curbing in a single bound. I’ve never found a trail the FJ can’t handle, even with the craptastic stock tires, so getting away cross country would pose little challenge. There’s enough room inside for the wife, the dog, two go-bags and lots of guns and ammo, something the WRX lacks. You can even sleep in the FJ in relative comfort, something that isn’t possible in the WRX.

There are still a lot of reasons to buy a WRX, but in my opinion, escaping the zombie apocalypse isn’t one of them.

Source: You Tube via Motor Authority