The Designers Behind the 2010 Buick LaCrosse – Video 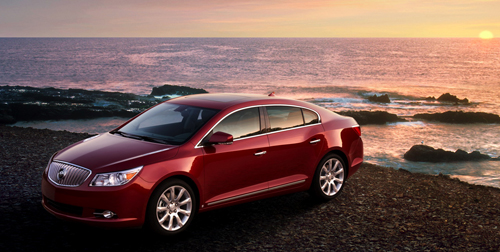 We previously posted an interesting video of the History of Buick Design. They have followed up with the Inspiration of Design and information on the driving forces behind the creation of General Motors. While the new 2010 Buick LaCrosse is a new turn in the Buick brand being an inspiring culture change not only in the USA but worldwide. This will hopefully give people a reason to buy the “American Brand” Buick and rekindle that American product spirit that we are struggling to spark in our trying economic times.

Below (after the jump) is the publication and video from General Motors about the designers behind the 2010 Buick LaCrosse. Enjoy!

Web Video: The Designers Behind the 2010 Buick LaCrosse

From the early days of William Durant and Walter Marr to current overseas success, Buick has been at the forefront of automotive design. With groundbreaking features, the line was one of the driving forces behind the creation of General Motors. Now, over a century later, the long standing Buick has been reestablished as one of their four key brands.

Part of this return to relevancy began with the success of the seven passenger Enclave. Now, GM’s VP of Design Ed Welburn has recruited many young designers to continue Buick’s new success with the 2010 LaCrosse. Discussing the development process, these young designers share the concept and thought that went into creating the new LaCrosse. They also discuss what it is like to make the most of an interesting opportunity – the chance to make a classic relevant again.


For a look at the development of the 2010 Buick Lacrosse please visit http://www.mediaseed.tv/Story.aspx?story=36234 or http://inr.mediaseed.tv/oneClip_C/Default.aspx?feed=cRTgMUpKz2L41CXFPmkVr7Kr7vk4OVW9