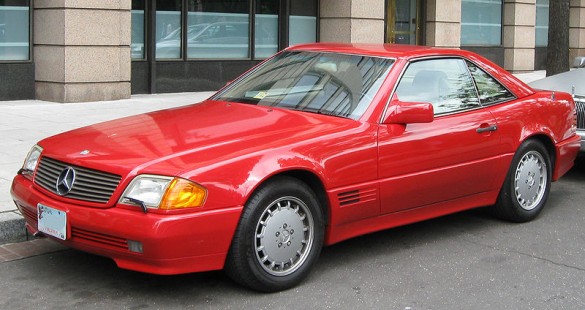 Ray Horton was the secondary coach for the Pittsburgh Steelers, until he recently accepted a job as defensive coordinator with the Arizona Cardinals. A cross-country move usually involves shedding things like cars, bikes and furniture, and an NFL coach selling a used Mercedes-Benz roadster isn’t exactly headline news. How Horton sold his car, on the other hand, is worth mentioning.

On his last day at his old job, Horton went down to say goodbye to the cafeteria staff at the Steeler’s offices. When he ran into Maurice “Mo” Matthews, a 20-plus year Steelers employee, Horton approached his and asked a favor.

“How much money you have in your pocket?”, Horton asked.

What happened next is almost enough to restore your faith in humanity. Horton took the $20 bill from Mo, reached in his pocket and tossed the cafeteria worker the keys to his 1999 Mercedes-Benz SL500. “Sold for $20,” was Horton’s comment.

The next day, Horton had Matthews drive him to the airport and handed over the title to the car. It’s not a new Mercedes, and the twelve-year-old car has some 64,000 miles on the odometer, but it still has a retail value far in excess of the $20 Mo paid for it. If Mo were to list it on eBay, I suppose he could get at least $10,000 for it, possibly more now that the car has celebrity status. Somehow I doubt that car is ever getting sold again, at least not while Mo Matthews is still alive.