Is Hyundai’s New i30 Coming Stateside? We Hope So 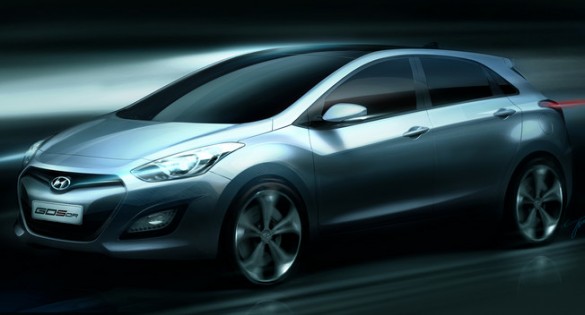 Hyundai's design sketch of the new i30.

If you want to buy a Hyundai Elantra today, your choice is limited to a four-door sedan or a five-door hatchback. The sedan is all-new for 2011, and it’s selling faster than Hyundai can build them. The 5-door hatchback, however, is still based on the previous generation Elantra, so it’s a bit of a tough sell. It’s not as sexy or content-rich as the updated Elantra sedan, and the rest of the world is scheduled to see the new Elantra 5-door at the upcoming Frankfurt Auto Show. Dubbed the i30, the Elantra Hatchback carries the same “fluidic sculpture” styling as the rest of the restyled Hyundai lineup, and on looks alone it trumps the competition.

Hyundai America has been oddly silent on when or even if we’ll see the i30 here, but demand for hatchbacks among American car-buyers is up. Not having a competitive product in the segment puts Hyundai at a disadvantage to competitors like the Ford Focus and Volkswagen Golf, both of which have been updated in recent years. It stands to reason that we’ll get a form of the i30 here, likely called the Elantra Touring, simply because it doesn’t make financial sense for Hyundai to continue production of the older model.

As for when, Hyundai spokesman Miles Johnson provided Inside Line with the clearest answer to date, saying, “I wouldn’t be surprised if we saw a version of the i30 sometime next year in the U.S. market.”

We hope so, and while we’re making requests, how about an R-Spec version to compete with the Golf GTI and the upcoming Focus ST?