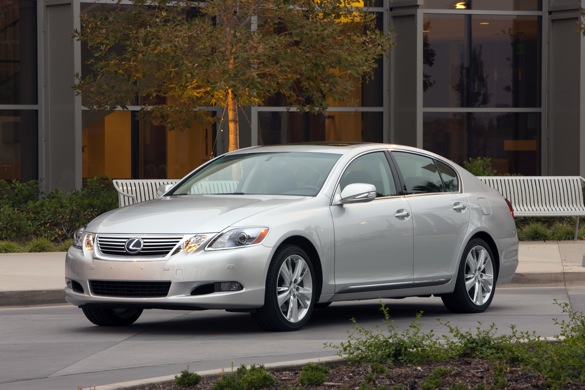 The 2011 Lexus GS 450h, one of the few hybrids whose sales have increased. Image: Toyota

Over the next few years, expect to see a flood of new hybrid vehicles hit the market, as automakers scramble to reach the federally mandated corporate average fuel economy numbers recently approved by the Obama administration. By 2016, small passenger cars much achieve an average CAFE of 41 mpg; by 2021, just ten years from now, the value jumps to 51 mpg. Larger passenger cars must achieve 31 mpg by 2016 and 38 mpg by 2021.

To say that manufacturers are concerned about these numbers is an understatement, and foreign and domestic automakers alike are scrambling to find ways to comply. A relatively easy way to boost mileage is to “hybridize” an existing vehicle, like Ford has done with the Fusion, GMC has done with the Yukon and Honda has done with the Civic (to name just a few).

There’s just one problem with this strategy: consumers aren’t buying hybrids, at least not in significant quantities. Market research firm R.L. Polk compiled the data on hybrid versus conventional model sales for 2010 and 2011. Through July of 2010, some 937,218 models, available as either hybrids or conventional internal combustion vehicles, were sold. Of these, just 40,250, or 4.3 percent, were hybrids.

For 2011, the numbers get even worse. Of the models included and available as hybrids or conventionally powered vehicles, only 28,945 out of 1,017,608 vehicles sold through July were hybrids. That’s just 2.8 percent, and the only vehicles showing an increase in year to date sales were the Lexus GS Hybrid (up 1.7 percent) and the GMC Yukon Denali Hybrid (up 0.8 percent).

Aside from saying that hybrids aren’t distinctive enough from their conventionally powered cousins, Polk doesn’t give a reason for the poor performance of hybrid models. It doesn’t take a lot of research to isolate the problem, however: hybrids cost more money, at a time when consumers are watching every penny they spend. Hybrids are complex, and their dual propulsion systems have significantly more failure points than conventional, internal combustion vehicles. While the Ford Escape Hybrid has racked up a considerable number of miles in taxi service, proving its reliability, hybrids remain an unproven commodity to the average consumer.

If automakers plan on upping the number of hybrids sold, a good PR campaign is in order. Revised pricing, bringing hybrids closer to parity with their internal combustion siblings, would also help to move tin.