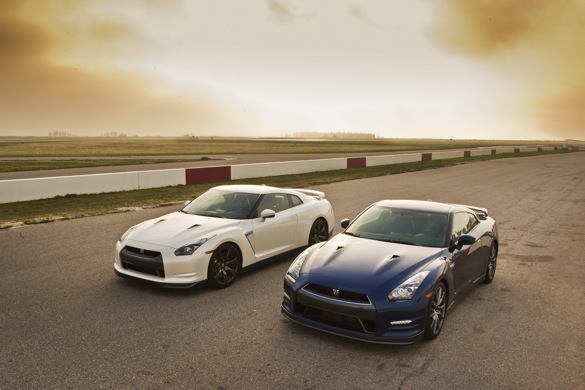 There’s a saying that you can’t have too much of a good thing, and when it comes to horsepower we’re inclined to believe it. No one in their right mind would accuse the 2012 Nissan GT-R of being slow, but we seriously doubt buyers would object to Nissan building a faster GT-R. In case you’ve forgotten the specs on the current version, it’ll sprint from a standstill to 60 miles per hour in just under three seconds (2.93 to be exact), run to a top speed just shy of 200 miles per hour and embarrass cars costing twice as much when the road gets twisty.

Autoblog and the North American GT-R Owners Club are reporting that some fairly substantial changes are in the works for the 2013 model. The changes were discussed at a recent European press event, but have yet to be finalized; still, word is that the 2013 version will get a boost of “at least” 40 horsepower, which would bring Godzilla up to a minimum of 570 horsepower. While no one would buy a GT-R to be Green, the 2013 model will also crank out less carbon dioxide, so buying one is an ecologically sensible thing to do in our eyes.

Under the sheetmetal, the suspension and transmission shift logic have been revised for even better handling, and the underbody has been redesigned to improve airflow (add downforce, would be our guess) and aid cooling. Don’t look for any changes to styling or paint options, since the 2013 will be visually identical to the 2012 model. Pricing has not yet been set, but we’d expect a modest bump in price to justify the higher output.