Do You Know The Story Behind Ferrari’s Logo? 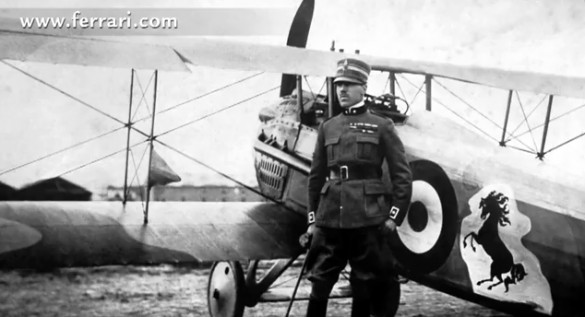 The Ferrari logo is among the most recognizable in the automotive world, featuring a prancing horse on a yellow background, topped by the colors of the Italian flag. As with most logos, it’s steeped in history, dating back to an Italian fighter ace from World War 1 named Francesco Baracca. Baracca, who racked up some 34 kills before being killed in action himself, chose a black prancing horse as the symbol of his airplane, originally a Nieuport 17. The horse was a tribute to the time Baracca spent in the cavalry, and Baracca believed it brought him good luck.

The video below, found on Left Lane News, explains the rest of the story, which Enzo Ferrari told just once. We’re not sure that the black prancing horse brought much luck to Baracca, but it certainly has helped Ferrari win races and customers over the past six decades.