The Subaru BRZ And The Scion FR-S: What’s The Difference? 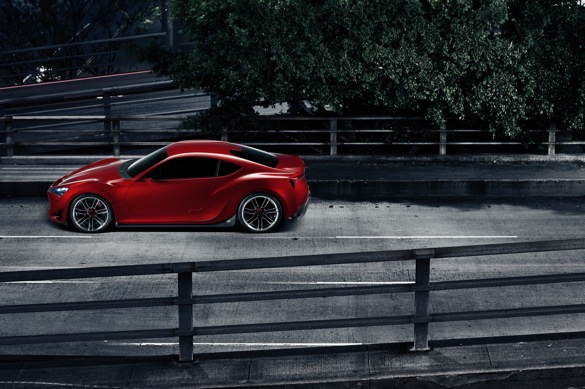 We’re still a month away from the unveiling of the Subaru BRZ (and likely the Scion FR-S/Toyota FT-86) at this year’s Tokyo Motor Show, but details on the differences between the cars are beginning to emerge. While Toyota has done the bulk of the promotion to date, Subaru has done much of the behind-the-scenes heavy lifting. In other words, it’s reasonable to expect that the Subie will be both faster and better handling, but with a commensurately higher price.

Subaru is claiming that the BRZ will have the lowest center of gravity of any production car, thanks to its low-mounted boxer engine and rear-drive layout. We’re not sure if that includes the Toyota, but it wouldn’t take much engineering to drop the motor in the BRZ a quarter inch lower than the motor in the FR-S.

Power output, however, is where the paths of the two cars begin to diverge. According to Autocar, the Subaru will make “less than 300 horsepower” versus 200 horsepower from the Toyota. Autocar reports that the bump will come from ECU tuning, but we’re skeptical that a tune alone can produce an extra 100 ponies in a normally aspirated car.

As for exterior styling differences, both companies are keeping the finished product a closely guarded secret. At the very least, expect the grille and bumpers to differ between the Subaru and Toyota variants.