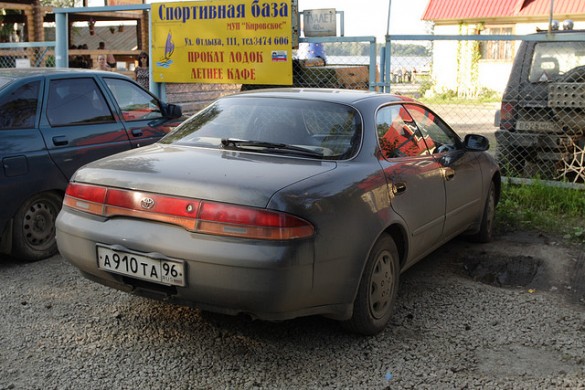 Adding a whole new meaning to the phrase “hot car,” some profit-focused used car dealers in Japan are reselling cars contaminated by radiation from the Fukushima Daiichi reactor meltdown. Cars that had previously been marked for destruction have been re-registered with new license plates and sold to unsuspecting customers, both in Japan and abroad. Japan has a long history of exporting “lightly used” automobiles to eager buyers in Russia and Southeast Asia.

Last June, Russian police intercepted a shipment of radioactive used cars inbound from Japan. That incident has led to increased monitoring of incoming Japanese car shipments by Australia, the U.S. and countries in South America. It also led to additional monitoring at Japanese ports, making it harder to get radioactive cars out of the country. For unscrupulous dealers, reselling the cars within Japan is the only alternative.

The dealer who resold the van did what he could to clean it up, but could not decontaminate it beyond emitting 30 microsieverts per hour. In his own words, he sold the vehicle in Japan, “because I couldn’t afford to lose the money.”

Thanks to radiation monitoring at ports, there isn’t much danger of hot cars being imported into the U.S.. Still, we have our share of natural disasters here, and many used car dealers wouldn’t think twice about selling flood-damaged or otherwise salvaged cars. It may be cliche but it’s also true: if a deal sounds too good to be true, it probably is.