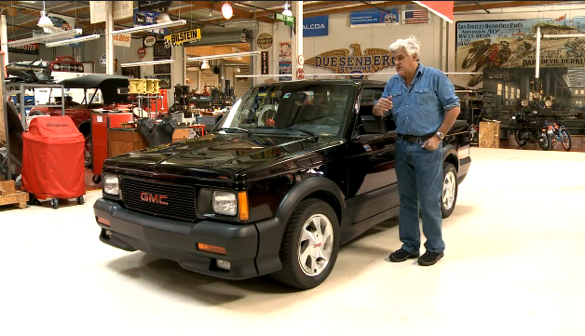 All things considered, 1991 was a fairly forgettable year for car enthusiasts. I can’t think of a single memorable car that was introduced that year, and the fastest accelerating vehicle sold in the U.S. was a modified GMC Sonoma compact pickup truck.

Let that sink in for just a second. The 1991 GMC Syclone (spelled that way since Mercury owned the Cyclone name) could hammer out a 0 – 60 run in 4.3 seconds, with the quarter mile taking just 13.06 seconds. That made the Syclone faster than a Corvette, faster than anything in Porsche’s catalog and faster than a Ferrari 348 or Testarossa.

As pickups go, the Syclone was a one trick pony. You couldn’t tow with it and its load rating was a laughably small 500 pounds. What you could do, however, was translate 280 conservatively rated horsepower and 350 lb.-ft. of torque, fed through all four wheels, into mind-warping (for the time at least) acceleration. Anyone who’s ever dropped the hammer in a Syclone or its SUV equivalent, the GMC Typhoon, will understand exactly what I mean.

Only 2,998 Syclones were built during the truck’s short production run of just over one year. In fact, only 3 were built in 1992 before production was halted when the manufacturing company who built them for GMC, Production Automotive Services, went out of business. Like most American cars of the 1990s, the Syclone and Typhoon suffered from questionable build quality, and even low mileage examples often had more squeaks and rattles than a day care center. As collector cars go, both the Syclone and Typhoon are still relative bargains, and it’s a pretty safe bet that their value will continue to rise.

Enjoy this bit of 1990s nostalgia, courtesy of Jay Leno’s Garage, in the video below.