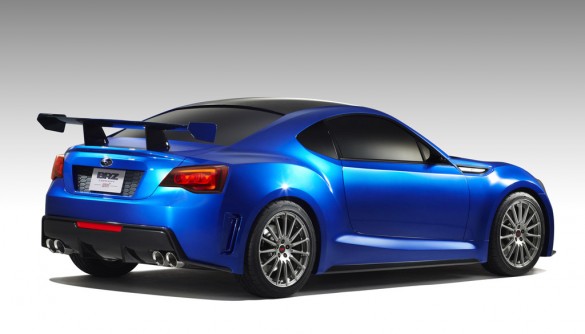 The highly anticipated Subaru BRZ STI, close relative to the Toyota FT-86/Scion FR-S, makes a bow just before the LA Auto Show. As shown in the recently released rear-angled image, the new Subaru BRZ STI in its concept skin could be very close to a production version. I could easily see this hot coupe roaming the streets sporting its 4-cylinder boxer engine, low center of gravity, carbon fiber roof and large rear wing.

Some of the turbocharged rumors for the BRZ STI, a “sportier” version of the Toyota FT-86, have been debunked for now. Subaru makes a claim that the BRZ STI will have its flat-4 engine sitting 4.7-inches lower to the ground and 9.4-inches closer to the center of the chassis. That could put the BRZ in a category of its own despite the relatively low touted horsepower rating of the FT-86/FR-S variant being 197 hp. Obviously, with this stunning combination of a light-weight super-handling coupe, horsepower is not everything.

Be sure to find additional details once the BRZ STI drops on the floor of the LA Auto Show November 16th. 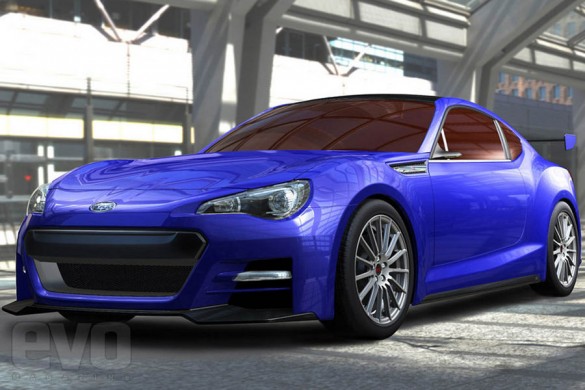 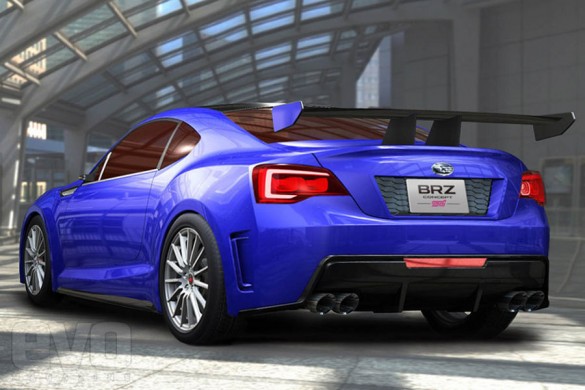