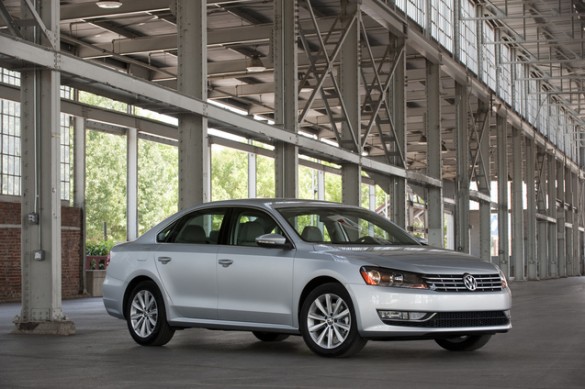 As an auto journalist, one of the perks of the job is a free new car, delivered to your door, each week. In exchange for this consideration, manufacturers want us to write objective reviews about their latest wares, emphasizing the things we liked more than the things we didn’t. That’s not to say that we won’t call out a car company for things that need fixing; instead, it’s more of an unwritten understanding that we won’t bash a particular brand because of personal bias or past quality issues.

Consumer Reports, who tends to have its own biases, is now questioning whether or not Volkswagen built “ringer” Passat sedans for the press fleet, and by way of example cites the use of plastic covers on the trunk hinges. Press fleet cars had these, but apparently customer cars do not. If this detail is covered on press fleet cars, CR ponders, what else has been changed? As Carscoop points out, this raises doubt as to whether the cars journalist drive are the same ones sold to customers.

Our take on this is a bit different, and sometimes a cigar is just a cigar. Manufacturers make changes to production models up to the very day a new car hits the assembly line. In the case of VW, we suppose the bean counters rationalized that deleting the trunk hinge covers could add another $2.00 per car of margin to the bottom line. Pre-production cars had them as an accident of design, not as an Oliver-Stone-worth vast conspiracy to defraud the public.

Maybe we’re naive, but we drive enough cars each year, both pre and post-production, that we’d be able to spot a ringer. It hasn’t happened to us yet, and until it does, we’ll give the manufacturers the benefit of the doubt.