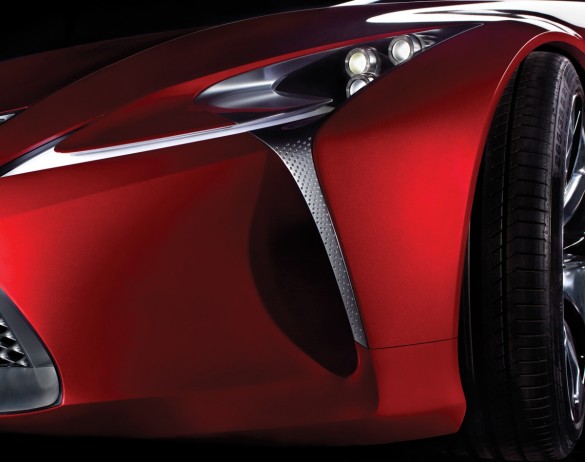 We’ve all heard the joke that Lexus, translated into Japanese, actually means “Buick.” While cars like the IS-F are surprisingly quick and agile, the brand is still associated more with luxury and comfort than with performance. Even the unattainable LFA has done little to give Lexus credibility among enthusiasts, probably due to the car’s limited availability and stratospheric price. Sure it’s fast, luxurious and high-tech, but is it really worth over four times the price of a Nissan GT-R?

Lexus knows it has an identity crisis, and the Japanese luxury brand is working hard to inject more sport into its product line. Take the image seen above, which Lexus has released as a teaser of a new “concept vehicle” to be shown at the upcoming Detroit Auto Show. There are zero details known about the concept, aside from the fact that it represents the “new design direction” for Lexus. If that’s the case, we say good for Lexus; while conservative styling may have brand loyalists returning to showrooms, it isn’t drawing in many new buyers.

Expect more teaser images from Lexus in the coming weeks, and we’ll be sure to give you the details on its new concept as soon as we hear them.