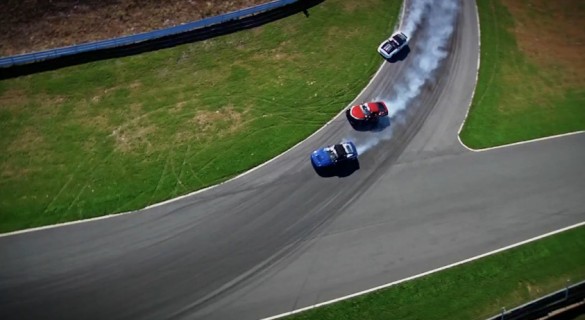 Do yourself a favor and subscribe to Drive on YouTube. It won’t cost you a penny, and it will bring you content from commentators like Evo’s Chris Harris, The Smoking Tire’s Matt Farah, Jalopnik’s Mike Spinelli, Leo Parente and Alex Roy. It promises to cover everything from car reviews through motorsports and semi-absurd tests of skill and endurance (the type of stuff that Alex Roy thrives on). Produced by J.F. Musial, the series promises to be as good as anything currently on television.

And that’s exactly what YouTube is after. By creating special interest programs available on YouTube only, the site hopes to draw in and retain more viewers, although we have a hard time imagining that traffic on YouTube is lacking.

Will the show work? That remains to be seen, because there are an awful lot of egos involved in its production. There’s a reason why “supergroups” never really last for long, and we’re seeing the same potential for implosion here. Also, expectations for the series are extremely high, and car enthusiasts are among the most opinionated people on the planet. If the initial episodes disappoint, expect to see the same rants witnessed about Top Gear USA and The Car Show.

We wish Drive the best of luck and much success, and we’ll be tuning in when the series kicks off in January.