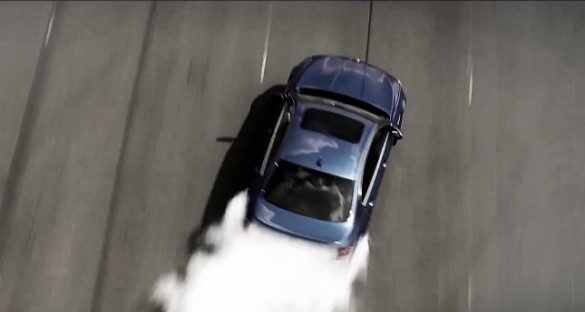 For it’s annual Christmas card, BMW’s M Division opted to hire an illustrator to create a traditional holiday scene, complete with Santa Claus, presents and even (we think) a reindeer. The catch was that illustrator Gavin Patterson would have to sketch it from the front seat of a new BMW M5, piloted by BMW precision driver Urs Inauen. While the car lapped the Circuit de l’Anneau Du Rhin, at speed.

Although the finished result may resemble a three-year-old’s refrigerator art, or that of a someone who just ingested a (large) handful of dosed popcorn, we give massive credit to BMW for originality. We’re not sure we’d call it “The World’s Fastest Christmas Card,” but we’d certainly consider it among the world’s coolest. Hey, Cadillac, what does your CTS-V Christmas card look like? Porsche, let’s see one drawn from the passenger seat of a Panamera Turbo.