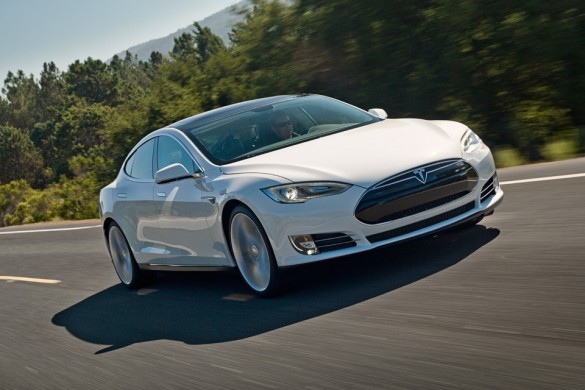 If you prefer your electric cars with a bit more luxury and style than the Nissan Leaf, there’s good news on the horizon: Tesla has announced pricing on its upcoming Model S sedan, and it looks like the car will span quite a price range. On the low side, the Model S with a 40 kilowatt hour battery pack (good for a projected 160 mile range) will start at $57,400, presumably without options. If you qualify for the $7,500 electric car tax incentive, you can (theoretically) get the car for $49,900, even if that’s not what you’ll pay the dealer.

Tesla has some innovative plans to minimize the inconvenience of charging, including a twin charger system and a QuickCharge feature that will top off the battery pack (to 80 percent of capacity, presumably) in just 45 minutes. If you can’t wait that long, the Model S is designed with swappable battery packs that can be changed out in just five minutes.

You may be able to reserve a Model S today, but you won’t be taking delivery for a while. The projected on-sale date is mid-2012, but we wouldn’t be surprised if that slipped to later in the year.