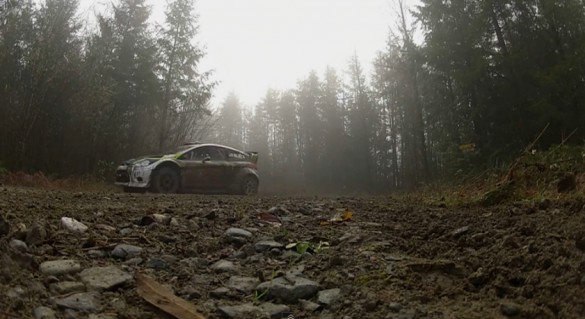 The marketing and driving machine that is Ken Block had another busy year in 2011. He kicked out a new Gymkhana video, raced a few WRC stages, stacked a car (hard) in Portugal, made dozens of celebrity appearances and sold a boatload of shoes and giant-billed hats. Thanks to the small-in-size-but-big-in-resolution GoPro camera, you can now revisit the highlights of Ken’s year, in full 1080 pixel resolution.

It’s pretty clear that Ken Block spent more time sideways on racetracks in 2011 than we spent driving on racetracks this year, but we hope to change that in 2012. We’re sure Ken will be back at it again in 2012, too, and we’re hoping he decides to put a little more effort into racing WRC than he has in the past. We know the Ford Fiesta RS WRC is a capable car (it gave Mikko Hirvonen a third place finish this year), and we know that Ken can drive on a variety of surfaces. How about showing the rest of the world that Americans can drive in motorsports other than NASCAR?