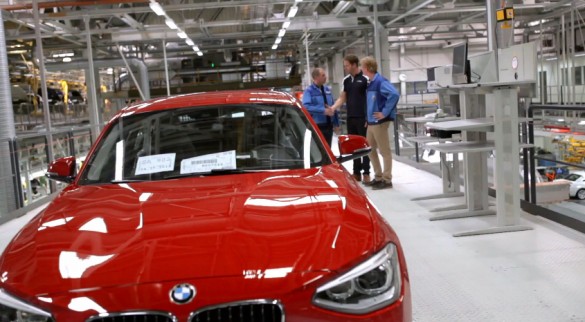 If you ever have the opportunity to tour a BMW manufacturing plant, especially one in Germany, jump at the chance. BMW’s plant in Munich looks more like a hospital than an automotive assembly line, and the plant in Regensburg, Germany that produces the 1-Series looks to be along the same lines. The plants aren’t just clean, they’re spotless, and the line workers are serious about the tasks they’ve been assigned.

BMW likes to mix things up for workers, too. In its motorcycle assembly plant outside Berlin, teams are assigned to various stations on a rotating basis. One week may be transmission assembly, while the following week may be cylinder head assembly. By changing up the tasks performed, BMW tries to make line work more interesting, but it also ensures that any employee can work at any point in the assembly line.

If you’ve ever toured another assembly line, chances are it wasn’t nearly as clean and organized as the one in the video below. Enjoy.