The Oddest Test Drive Ever: Video 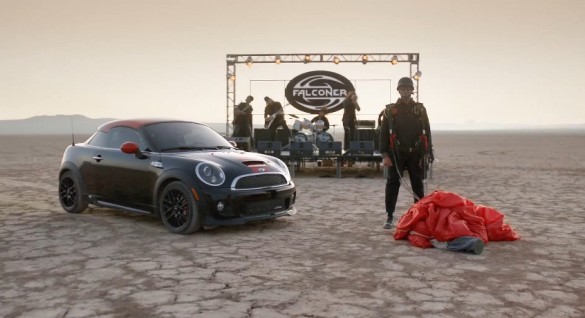 You can learn a lot about a person from a little word association. For example, if you say “machine” and the subject replies “head,” chances are they’re a Deep Purple fan. If you say “wife” and get a reply of “chainsaw,” or if you say “barnyard” and get the response of “lubricant,” then you know you have trouble. Along those lines, we’re not quite sure what to make of Mathew Foster, the winner in a recent MINI contest that had entrants define the ultimate test drive in six words.

Mr. Foster’s six words? Stewardess, salt flats, paratroopers, sushi, Falconer. If anyone can explain what the outdated term for a flight attendant, a high-speed testing ground, airborne soldiers, Japanese cuisine and an obscure Swedish power metal band have to do with the new MINI Coupe, we’re all ears. Odd though his terms may be, they do make for an interesting video, reminiscent of college roommates who ingested large quantities of magical mushrooms. Except in the video, the carpet never marched up the wall to eat the light.