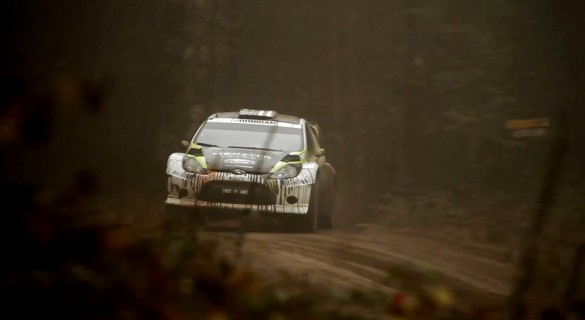 Twin Peaks was arguably one of the best television series of all time. Set in the small (and fictitious) town of Twin Peaks, Washington, the supernatural-serial-crime-dramedy blended the ridiculous with the sublime to deliver a clear message: in small towns, all is not what it seems.

The show only lasted two seasons, and the location sets used (mostly in Snoqualmie Falls and North Bend, Washington) have long since been repurposed. The derelict lumber mill, for example, is now home to the Dirtfish Rally School, while the Twin Peaks Police Department serves as the school’s classroom and offices.

The Monster World Rally Team video below shows Ken Block and Alex Gelsomino shaking down the HFHV Ford Fiesta on gravel at the Dirtfish Rally School. It features more than a few nods to Twin Peaks, which we’re sure fans of the series will appreciate. As for the school itself, we love the location and always wanted to learn to slide a car well on dirt and gravel. We’re not sure how much plasma we’ll have to sell to attend a session, but we’ll certainly look into it.