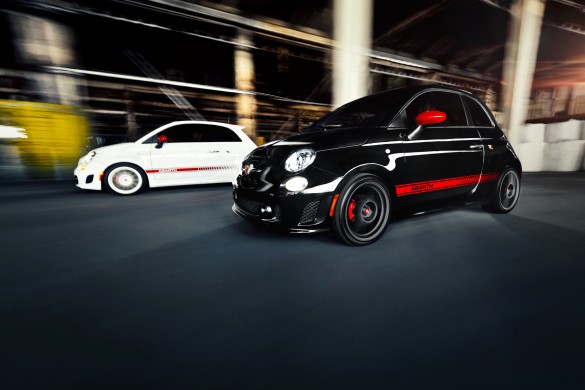 Affordable Italian sports cars used to be a staple of the American motoring diet. In the 1970s and 1980s, we had Lancias, Fiat Spyders and Fiat X/19s aplenty, and stepping up to the next price level would have gotten you an Alfa Romeo GTV or an Alfa Spyder. These cars all had a lot of personality, but most were constructed with inadequately rustproofed steel, which meant owners could watch their prized Italian automobiles decay before their very eyes. Since Italian cars weren’t renown for bulletproof reliability, either, getting stranded once or twice was usually enough to overcome their charms. In the 1980s, finding a cheap Fiat that needed work was as easy as opening the newspaper.

Fiat’s stepped up its game considerably in the years since, and its uber-cute commuter car, the Fiat 500, has been a relative success in its first year of American sales. While the diminutive city car is packed with Italian charm, there isn’t much there for driving enthusiasts, which is why Fiat is bringing in its Fiat 500 Abarth. Sporting a turbocharged 1.4-liter MultiAir engine good for 160 horsepower and weighing in at less than 2,400 pounds, the miniscule 500 Abarth promises to deliver a heaping helping of driving fun.

It will be affordable fun, too, since the price will start at $22,000, not including the destination charge. That buys you a surprisingly well-equipped car, including sport seats (with cutouts for a harness system), a Bose premium audio system, dual exhaust, 16-inch aluminum wheels, an Abarth-tuned suspension, bigger brakes and a boost gauge with an integrated shift light. In a segment first, you’ll also get a one-day performance driving school, dubbed the Abarth Driving Experience and conducted by instructors from the Richard Petty Driving Experience.

If that’s the good news, here’s the bad: Fiat will only be importing a limited number of 500 Abarths, and “limited production volume” tends to equal “additional dealer markup.” We hope that’s not the case with the 500 Abarth, since it could well open the door for a whole new generation of Italian car fans.