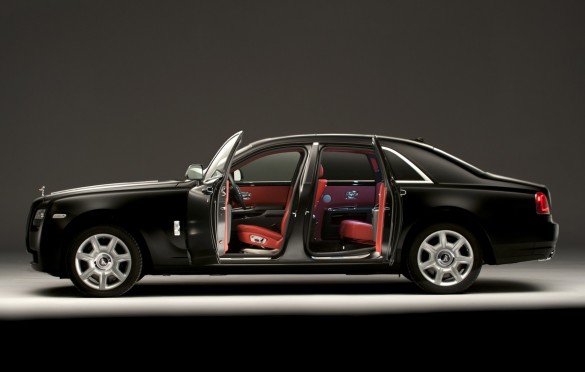 In 2005, the sales rate for cars built under Rolls-Royce’s bespoke personalization program was only impressive in certain market segments. Customers in the Middle East wanted personalized cars, so 75 percent of 2005 Phantom models sold in the region were built as bespoke models. North American buyers, however, seemed indifferent to the idea of a personalized Rolls-Royce, with only 30 percent choosing bespoke options.

Just seven years later, it’s an entirely different picture, with 99 percent of Phantoms sold in the Middle East built as bespoke rides. The North American participation rate is now 84 percent, which is still less than Europe (89 percent) but greater than Asia Pacific, including China (79 percent). Even the entry-level Ghost models, which start at a mere quarter-million dollars, offer bespoke customization, and last year some 56 percent of Ghost buyers opted for custom options.

The bespoke program includes everything from custom paint through hand-crafted accessories, such as champagne sets and picnic baskets. If you want it, and can describe it to Rolls-Royce, chances are good they’ll do everything possible to build a car around your wishes. Said CEO Torsten Müller-Ötvös, “It is always our goal to exceed our clients’ highest expectations and fulfill their innermost desires.”

Given that the starting price of your average Rolls-Royce is higher than the average price for a three-bedroom house (in most markets, anyway), customer satisfaction isn’t an option. Given the brand’s record sales in 2011 (a 31 percent increase over 2010), we’d say it’s figured out the right formula to keep buyers happy.