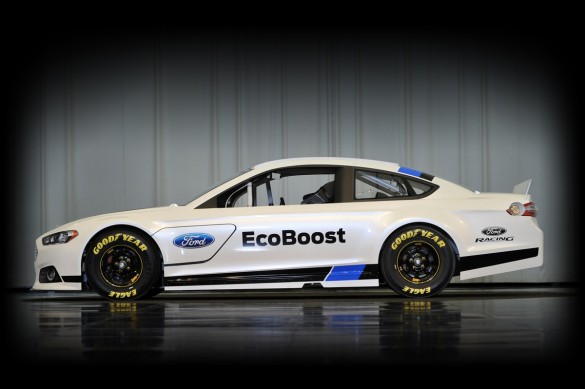 We love racing, in almost all of its forms. On any given Sunday from March through November, you’ll find us glued to our TV sets, watching F1 or IndyCar, and when that’s not on we’ll switch to Grand Am or American LeMans. When we can find it, we’ll watch WRC and DTM, too; in fact, we’ll watch just about everything except stock car racing.

With no disrespect meant to NASCAR’s legions of fans, the sport just doesn’t do it for us. The cars are as “stock” as a Big Mac with a large order of fries and a super-sized Coke is healthy, and the only strategy we can see is “go fast, turn left, repeat as necessary.” Last year’s change to two-car pairing on super speedways only made things worse, since politics and luck seemed to replace skill as an essential component of victory. 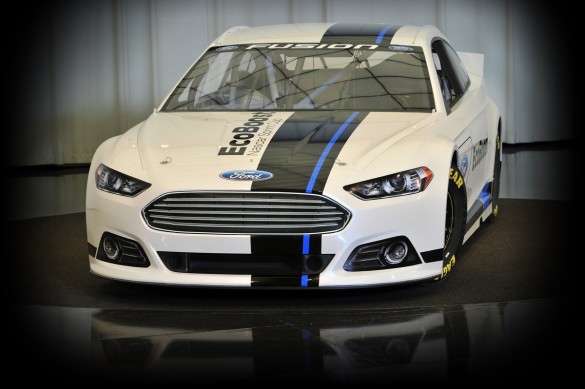 Maybe it would be more appealing if the cars didn’t all look alike, and if the drivers raced on their own instead of in tandem with other cars and other teams. Make the cars closer to stock, in appearance at least, and you’d probably suck us is to watch the road course races, which are still won primarily with skill and strategy.

Enter the 2013 Ford Fusion NASCAR Sprint Cup car. It’s the closest-looking thing to a stock car that we’ve seen in years, and it carries over the drop-dead gorgeous body of the new Ford Fusion. We won’t see it in competition until 2013, but expect Ford to promote the hell out of the car in 2012 testing. Ford hasn’t forgotten the old adage, “win on Sunday, sell on Monday,” and it’s hoping the new Fusion Sprint Cup car will draw racing fans back into dealer showrooms.

Chevy, Dodge and Toyota, consider yourselves put on notice. If you want to attract new fans to the sport of stock car racing (and put more buyers into showrooms), build race cars that look more like the cars you actually sell.